I grew up in a family where everyone played at least two musical instruments. That’s not a boast. I had to listen to musical scales being played on piano every day during my childhood. For three hours. Every day. I placed my fingers in my ears while cello, violin and viola practice was taking place. I took up guitar as a form of rebellion. I played in bands. I wrote and produced film soundtracks. I still love music. Here’s my favourite sounds and music from a grand tour.

Music and travel? Like food and travel, music is one of the best ways to get an ‘in’ to a culture. Music not only informs you of the rhythms that drive a culture, but also gives you a chance to frame the music in an historical context in relation to the development of a place’s musical forms. It’s also fun just to see how locals experience their music. Here are my favourite musical experiences from our last 12 months on the road.

Sounds and Music from a Grand Tour 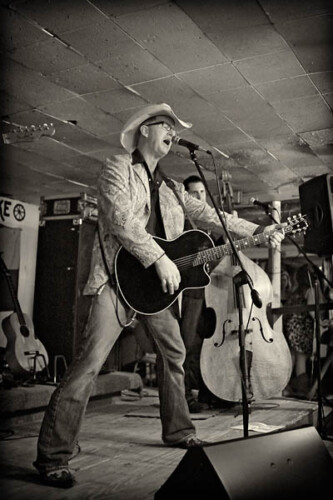 Sounds and Music in Austin

Hands-down. Hands in the air. Hands clapping. Austin is a magical musical mystery tour. We met James M White, the man behind the legendary Honky Tonk venue, The Broken Spoke (who knows Willie Nelson well enough to call him ‘William’). We saw the excellent singer-songwriter Amy Cook at the renowned Cactus Cafe, where she played with Alejandro Escovedo. Soulful Dan Dyer played a brilliant set at the Gallery of the famous Continental Club, while his friend Suzanna Choffel not only won us over with her sexy voice, we made her our local knowledge interviewee for Austin. We spoke to both of them about the Austin live music scene over beers, as well as interviewing John Kunz of Waterloo Records (a local institution regarded as America’s best music store) about the best local music to pick up while in town. We even did a country music cooking lesson! Austin is a must for anyone who loves live music. Great place. Fine people. Fantastic music. Just go. 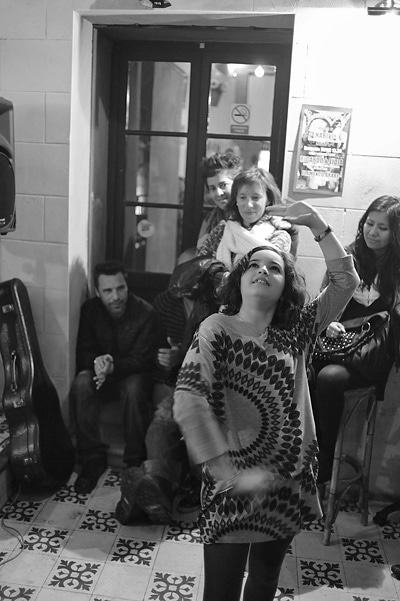 Sounds and Music in Jerez

As twenty-somethings, Lara and I used to go to a Spanish club in Sydney to see flamenco dancing. The guitars, the footwork, the passion, the timing! I’ve also seen flamenco in Spain numerous times since, but nothing came close to the artful and fiery flamenco we saw in Jerez, and the locals’ obsession with it. There, I got a flamenco guitar lesson from guitarist Sebastian, who shared his flamenco playlist. We also visited the workshop of a family of fine flamenco guitar makers, but sadly I didn’t have room to take a guitar with me. The ever-resourceful, Lara, however, found some flamenco souvenirs to take home. 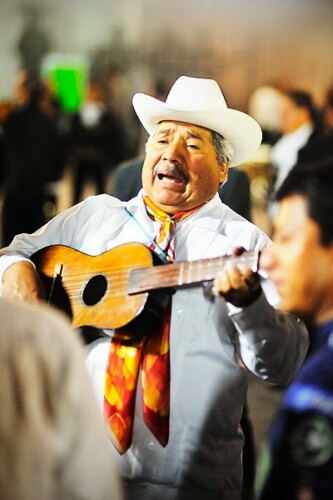 Sounds and Music in Mexico

The first time I went to Mexico I did buy a guitar. The sound of a mariachi band to this day makes me want a beer. Or a tequila. Or both. For me, a visit to Mexico City isn’t complete without a night spent with the mariachis on Plaza Garibaldi. But there’s more to music in Mexico than that, so for something completely different we spoke to musician and former head of EMI Mexico, Camilo Lara, who heads up the awesome band, Mexican Institute of Sound. We visited Camilo at his home where he gave us his definitive Mexico City playlist. This was also one of my favourite portrait sessions of the year. In San Miguel de Allende, a favourite destination for North American expats, authentic local music was harder to come by. We eventually found it at the bar of Benjamin Lara, who played his songs of love and loss on a beaten up acoustic guitar.

Sounds and Music in Istanbul

In Istanbul it appears that every second person is a musician you see in the streets is a musician, judging my the musical instrument cases strapped to people’s backs. While I love the oud (Arabic lute), I decided to buy a saz – the definitive local instrument and one that can be found in Istanbul at a reasonable price too. But it’s not only traditional Turkish music that people play, the live music scene has a bit of everything – from saz to jazz, you could say. We spent a lot of late nights at Istanbul’s jazz bars. It’s a wonderful musical city. 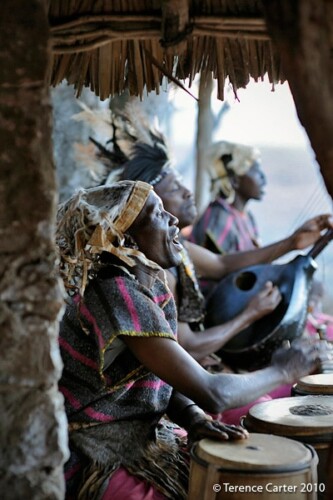 Sounds and Music in South Africa

You can’t underestimate just how much music is a part of everyday life in South Africa. In Cape Town, we did a ‘Jazz Safari’, as well as a drumming class in a Cape Town township (it took a week for the bruises to disappear) and spoke to local musicians and music aficionados about the Cape Town music scene. In Kenya, our cultural visit to Msorongo Village saw lots of singing and dancing and on a hilltop in the nature reserve of the Salt Lick safari camp, a fantastic three-piece band took our attention away from the sublime sunset. 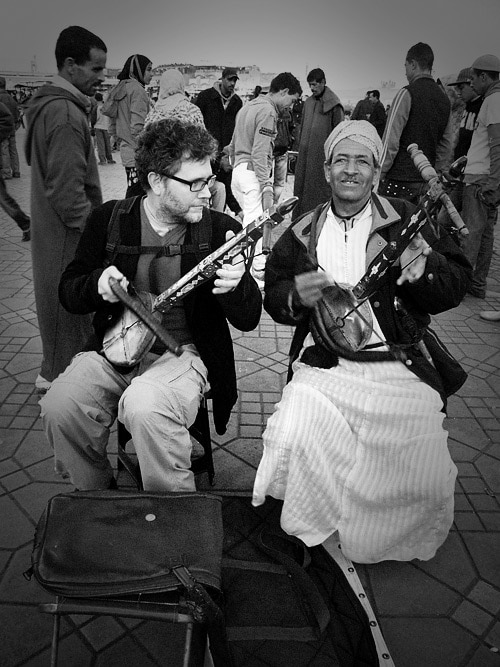 Sounds and Music in Marrakech

Music is a major part of life in Morocco as well. I’m still not quite sure how it happened, but in Marrakech I somehow ended up playing the amzhad, a single-stringed Berber instrument, with a couple of local musicians on the Djemaa el Fna at dusk. I love the live music that they play at restaurants in Marrakech and at Dar Yarcout the musicians are excellent – they set the tone for a romantic date night. Back at our riad, we loved the soundtrack that one of the owners, Rob, had made, where there was different types of music at different times of the day to set the mood. Brilliant. 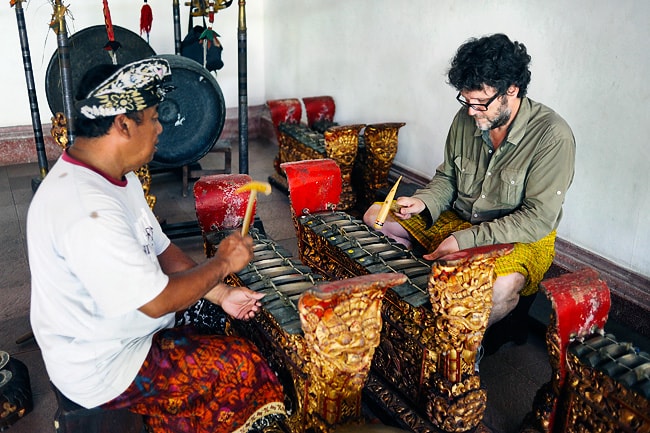 Sounds and Music in Bali

One of the things that I was looking forward to all year was leaning more about the gamelan orchestra in Ubud when we got to Bali. The chaotic, beautiful and mesmeric noise of the orchestra is something I’m fascinated with. While I enjoyed learning a little about how to play a metallophone, my teacher was a little disinterested – just watch the video at the end of the post… He’s obviously over it and I blame it on all the hippies who go to Ubud. Gotta blame it on something. 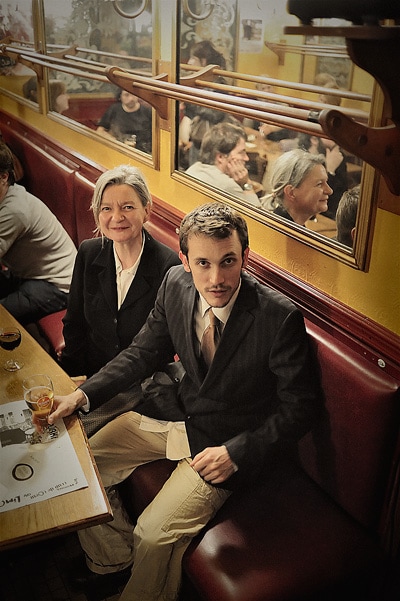 Sounds and Music in Paris

A visit to the atmospheric, little chanson venue, Au Limonaire, in Paris is a must for music-lovers. In this intimate setting, performers have to really perform to keep the expectant crowd interested in their set. When we visited this year, the outstanding performers of the night were Fanfan and Marco (pictured), who do a playful and humorous take on the genre of chanson. Over a few drinks after the show, we asked them to give us their favourite Paris Chanson playlist and I took their, portrait above, one of Lara’s favourites of the year. 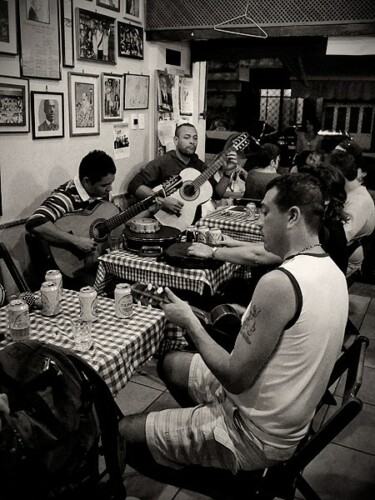 To be honest, I was expecting more from the music while in Rio de Janeiro. There was a lot of very commercial clubs around – colossal multi-storey places with a couple of stages, restaurants, bars, and plenty of music and playing that were enormously popular with tourists, and there were some very expensive jazz nights, but there wasn’t a lot of soul in the playing. But on one of our last nights in the city, as we were walking home in the rain through Copacabana, after a city-wide bar hop we’d embarked on, we passed a diminutive bar called Bip Bip. There, some fine, mellow, Brazilian samba was being played. Naturally we called in for some beers and I finally had my fix of real music! 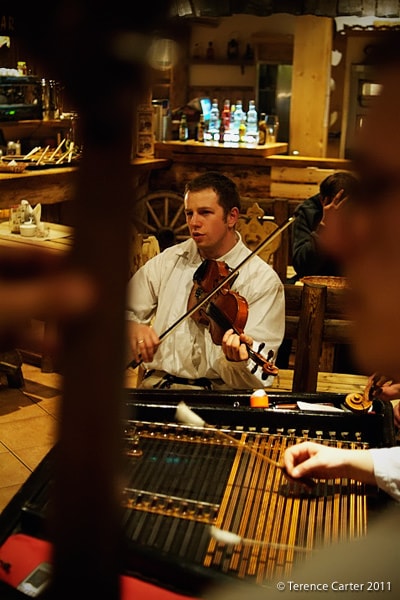 Sounds and Music in Zakopane

From our base in Krakow, we went to the ski town of Zakopane for a few days before Christmas to do some snowboarding, eating, and listen to some live music. The folk music of Zakopane is simply brilliant and you can see local bands performing it in restaurants and bars any night of the week. This highland folk is played with fiddles and a cello, and, depending on the group, perhaps a double bass, bagpipes, and local stringed instruments. The songs are all known to the locals, who will sometimes sing and often get teary, the beer and vodka flows, and a very good time is had by all. As a result, the ski lifts can be a little quiet on some mornings… The local museum also has displays of the traditional handmade instruments, which music buffs will appreciate. I know I did.