When we met Austin musicians Suzanna Choffel and Dan Dyer, and Dan’s girlfriend-cum-manager Mahshad Vakili (pictured here singing and dancing), Mahshad said she would keep us informed and let us know if there were any good gigs we should see while we’re in Austin.

Well, we did a pretty good job of getting ourselves out to gigs every night, but when Mahshad sent us an email saying we MUST see Amy Cook perform at the legendary Cactus Cafe, we didn’t need any further prompting. 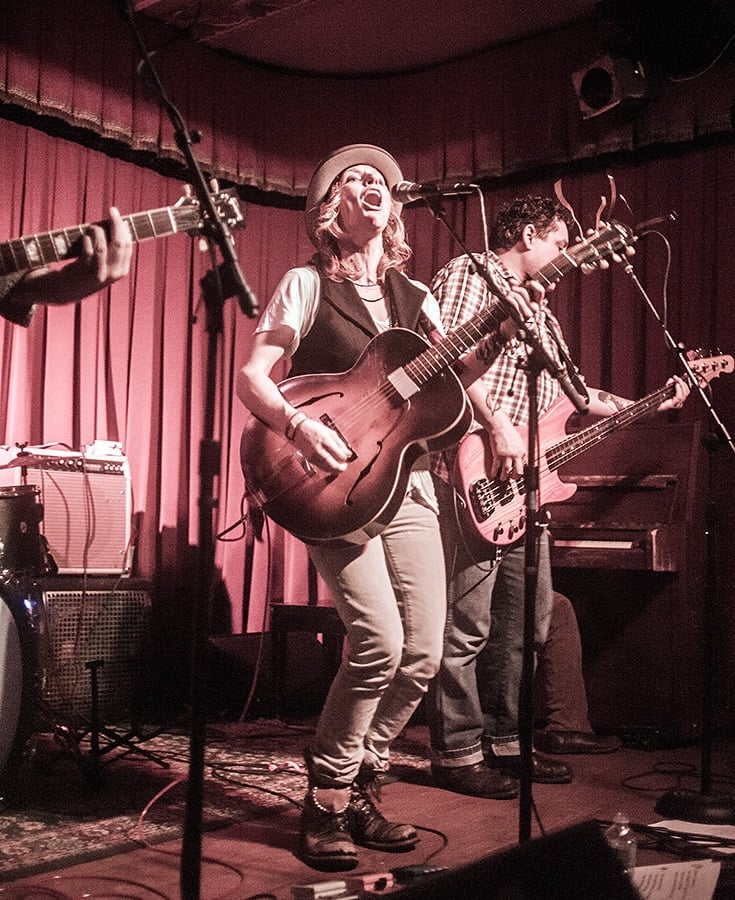 The Cactus Cafe is housed on the Austin campus of the University of Texas and has been open since February 1979. It’s an intimate venue and part of its legendary status comes from its size and music fans’ ability to see some of the greats of folk and country up close and personal. It’s a venue for real music lovers.

Amy’s opening act was the fine singer-songwriter Graham Weber, armed only with a gently strummed acoustic guitar and beautiful songs of love and loss. You could hear a pin drop while he played.

Some artists I really admire have played here – some many times over. Artists such as Townes Van Zandt, Loudon Wainwright III and Guy Clark have played many a set here.

But recently the venue nearly closed due to some short-sighted penny-pinching from the administration of the Texas Union, whose motto, somewhat ironically, is “…more than just a building.” When we met John Kunz, owner of Waterloo Records, who created an Austin soundtrack for our Playlist series, he was leaving us to go to a meeting about the future of the Cactus Cafe. 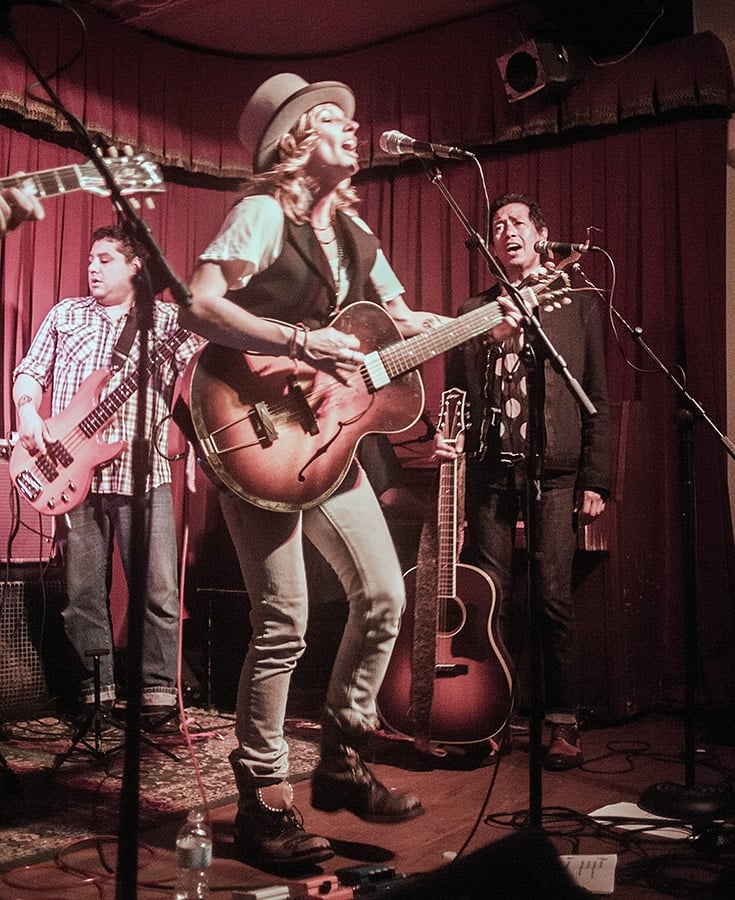 Thankfully, public outcry has seen a compromise where gigs performed at the cafe will now be ran in partnership with Austin’s well-regarded radio station KUT Radio.

As with the closing of the legendary CBGBs in New York, to a foreigner it’s bewildering that some Americans are so proud of their performers – after all, the USA gave birth to country music, rock ‘n’ roll and folk – but not of the places that allowed these artists to mature and hone their craft.

So, in tribute to this fine Austin venue being rescued, here’s a gallery of Amy Cook performing songs from her album Let The Light In, produced by local legend Alejandro Escovedo, who didn’t miss a chance to get up and play few songs with Amy. After all, who would pass up the chance to play a gig at this place?

All these photos were taken from my chair at our table near the front of the stage. How’s that for up close and personal?