Staying in holiday rentals and settling into a place for a while offers opportunities to get close to people in ways that a hotel can’t. Often the hotel concierge is there to get a kickback from that restaurant he has an ‘arrangement’ with and doesn’t offer much more. Don’t believe us? These are some of the special people we befriended who touched our souls over the last year in some way. 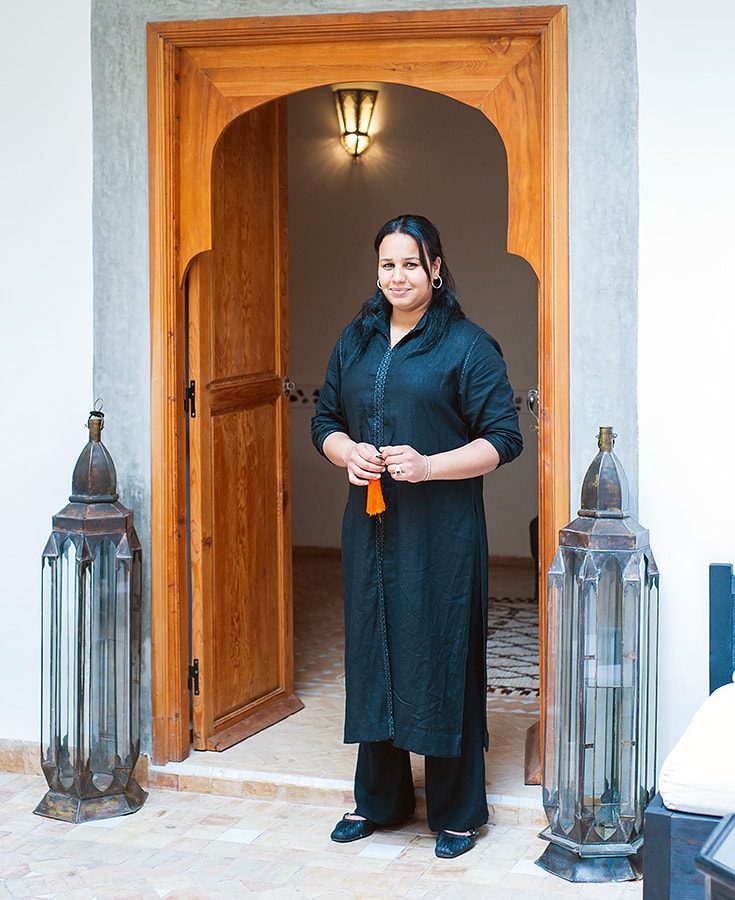 The manager, housekeeper and cook at our riad in Marrakech, Jamila set the standard by which we would judge all our holiday rental contacts – or concierge – from that point onwards. Having been checking in and out of hotels pretty much constantly for the previous five years, Jamila was the first holiday rental manager we met and the differences were apparent from the moment we arrived when she told us to treat the riad like our home. We did. When we weren’t in our room, we were taking over a cosy nook by the fireplace to work, or Terence was taking over her kitchen to cook. Jamila’s warm smile and sparkling eyes welcomed us upon our return each day and there was a handshake for Terence and a hug for me when we eventually had to say masalama (goodbye). 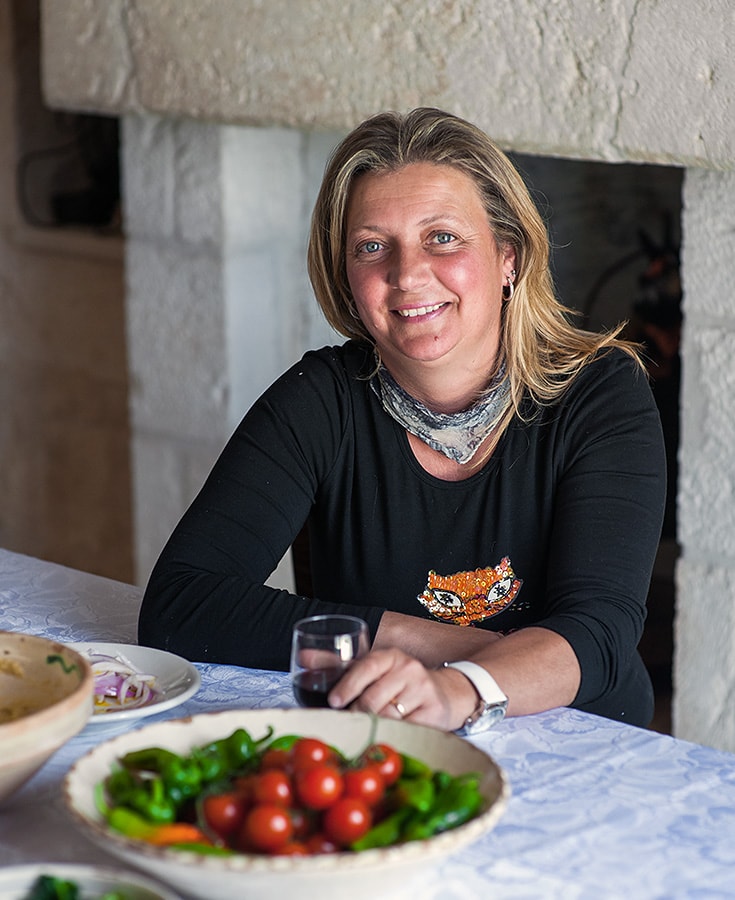 Maria, the manager of our trullo, didn’t speak English and my spoken Italian is dreadful despite countless trips to Italy. Yet somehow we found a way to communicate. We’re both good at listening and if there’s a skill to describe ‘attempt to communicate’, then we’d excel at that too. Maria spoke slowly and clearly in Italian and I responded slowly and clearly in a language I invented that combined English, smatterings of Italian, and Spanish spoken with an Italian accent. What was clear no matter what your language was that this was a woman with a colossal heart and generosity of spirit that knew no bounds. Almost every day Maria appeared at our trullo carrying tomatoes to hang in our kitchen, bottles of olive oil and olives from her own grove, and a big bag of flour and pasta board – no concierge has ever done that! Pizza and pasta-making lessons followed that last delivery, along with memorable meals with her family and friends, at our home, theirs, and their neighbours’ restaurant. When Maria dropped us at the train station on the last day, we hugged each other hard, and tears welled in our eyes. It was like saying arrivederci to an old friend – and we’ve stayed in contact ever since. 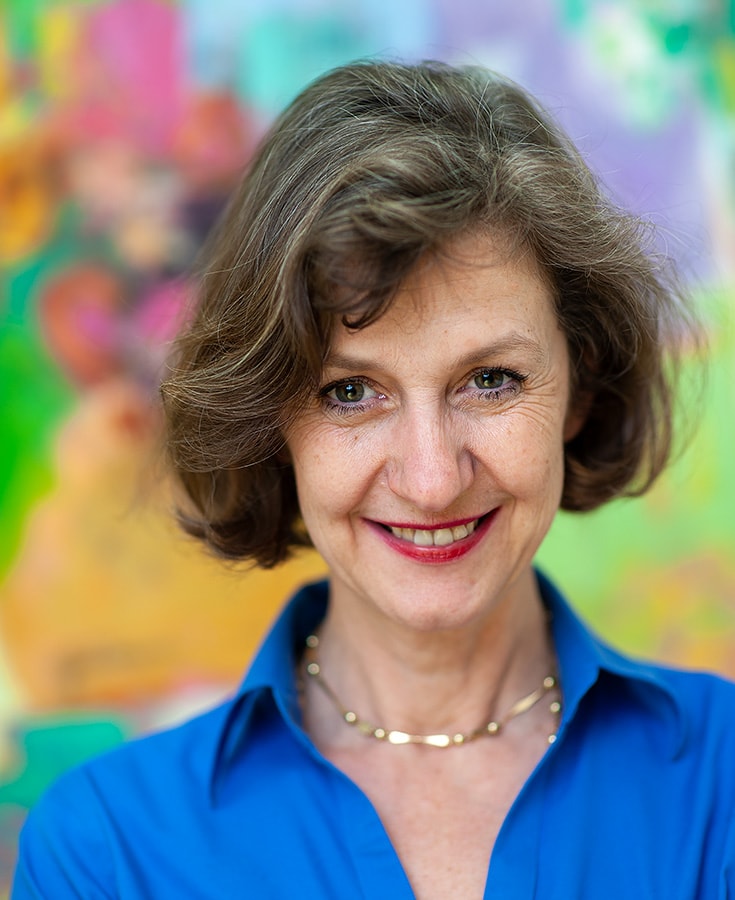 We’ve been travelling to Paris for many years, for work and pleasure, occasionally staying in the home of a dear friend, a journalist who lived in Montmartre until she recently moved to Washington. Many expats we met in Paris recounted tales of how tough it was to meet Parisians. Even our French journalist friend, Sandrine, who was originally from Megeve, said it had been challenging for her, a native-speaker, when she first moved to the city. So when Marie Theres, a local artist and our guide for Context‘s art-themed amble around Montmartre, invited us to dinner, we accepted immediately. We took some wine and macarons that Terence had made at a cooking class that day. Marie Theres made a delicious dinner and we chatted about art and travel and living in Paris compared to the south of France where she had another home and studio. It was a lovely evening. These invitations may be as difficult to score as a Saturday night table at a Michelin-starred restaurant, but I know which one I’d rather have. 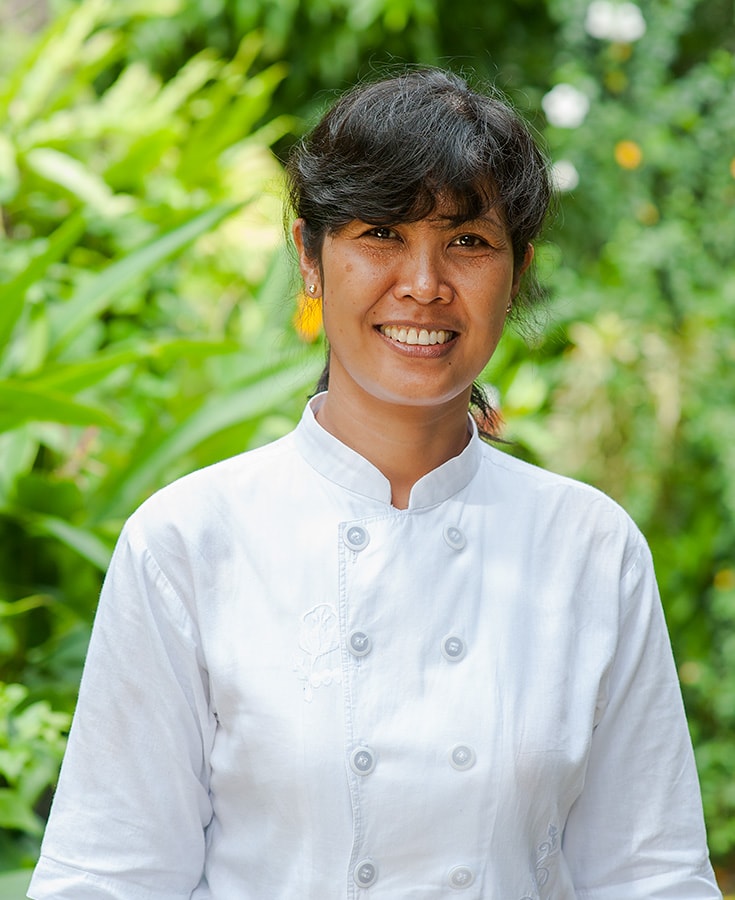 Desak was the cook at our Balinese villa. She prepared us two meals a day, breakfast and lunch or dinner, and made us many delicious meals throughout our stay. At least once a day I’d spend some time chatting to her in the kitchen. Desak taught Terence several Balinese recipes and, as she wanted to expand her cooking repertoire, he taught her how to make some Western-style dishes. They cooked together, and the four of us (including my Mum who was visiting for a week) sat at the dining table to enjoy the fruits of their labour. In addition to working, Desak is raising two sons alone for most of the year, while her husband works on a cruise ship. Terence took a family portrait of Desak and the boys which we had printed and framed, one for Desak, and one for her to give to her husband on his next trip home. On our last day, Desak prepared a surprise lunch of the dishes Terence had taught her to make. It was the nicest farewell gift anyone had given us. 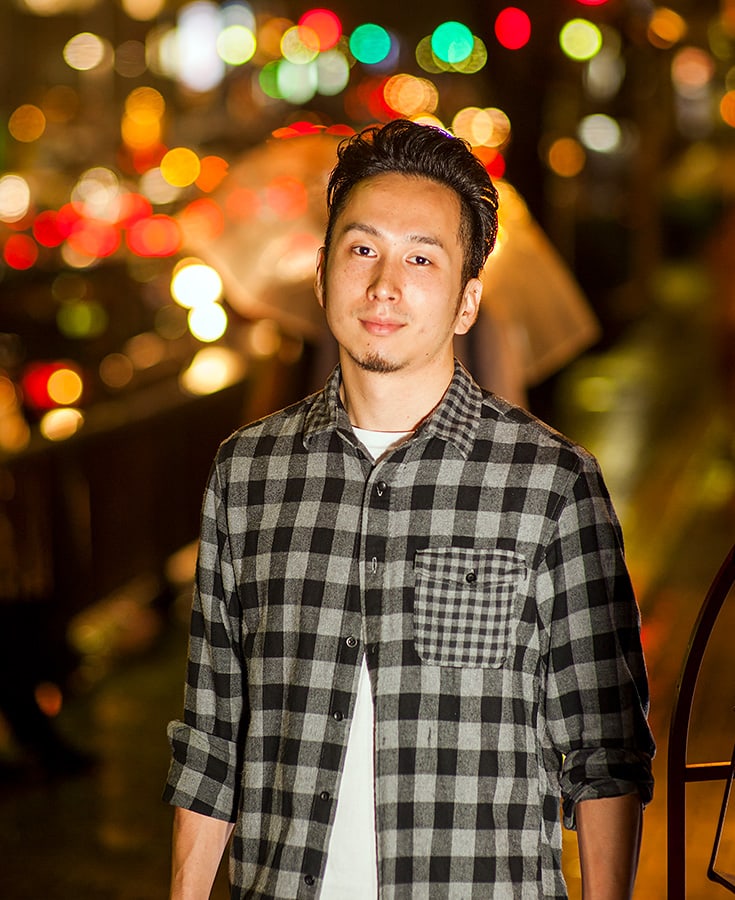 Our preconceptions about Japanese people couldn’t have been more misplaced. Based on our travels we perceived the people to generally be reserved, formal and conservative. Yet each day in Tokyo, encounters with locals told us otherwise. At Nagasaka metro a businessman kindly helped us buy train tickets. As we studied our map in the street, an office-worker offered to help, walking us a block down the street from where he’d just come. Unable to find an Akasaka restaurant we asked a kimono-clad woman who slipped on her wooden shoes, grabbed a parasol, and gestured for us to follow, escorting us in the rain to the next block and down another lane to our eatery. Another evening, standing outside our apartment discussing the best route to take to a restaurant, a young couple asked if we were lost and insisted on guiding us to our destination, a 15-minute stroll away. When Japan won a World Cup match, we shared the victory with ecstatic, drunk Japanese fans. We met Yuto, above, one night at a yakitori bar (where he gave us better eating tips than any hotel concierge) and again for drinks on the night of this shoot. Ask us what the Japanese are like now and we’ll tell you: generous, friendly and warm. 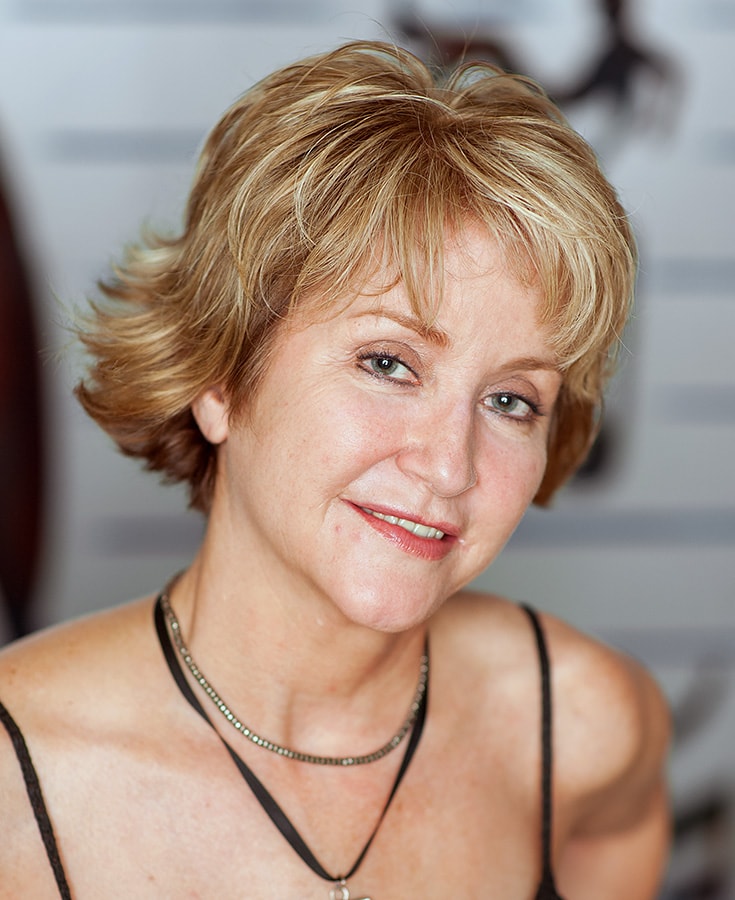 Rusty Irons (and, yes, as she herself tells those she meets, that is her real name) may call herself a ‘concierge’ to communicate the fact that she’s a hands-on holiday rental owner-manager who is there to attend to her guests’ every need. But if she is a concierge, then she’s the first who has ever picked us up from the airport and taken us out to breakfast, to dinner, and out dancing. She’s the first concierge to bake us cookies and to teach us how to cook a Texas-style barbecue, and the first concierge Terence has cooked dinner for – twice. Rusty is also the first ‘concierge’ we ever hugged goodbye. 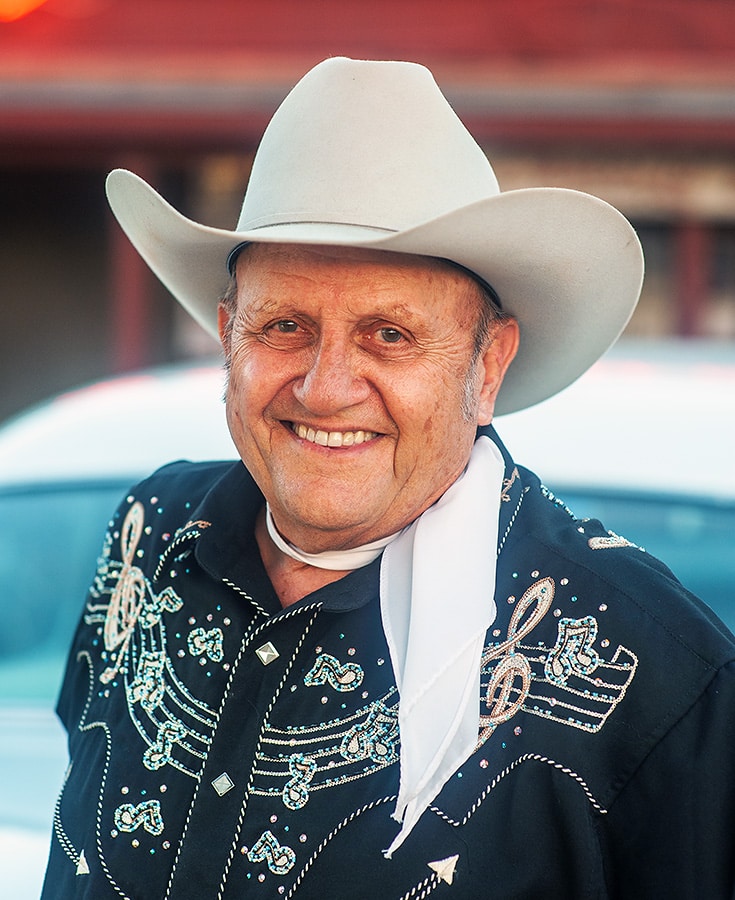 In Austin we met dozens of down-to-earth people who let us into their lives for a while and invited us back to spend time with them again some day. One of those people was James M White, the owner of the oldest and most popular honky tonk joint in Texas, The Broken Spoke, where we found ourselves drinking beers and tapping our toes a few times. On our last night in Austin, we interviewed James and befriended his family, including his daughters and English son-in-law, and his brother, who had moved to Austin and were helping to run the place. Despite having an early flight the next day, we couldn’t bring ourselves to leave. An invitation from James to stay with the family on the ranch next time we’re in town will definitely see us returning to Austin for more toe-tapping fun. 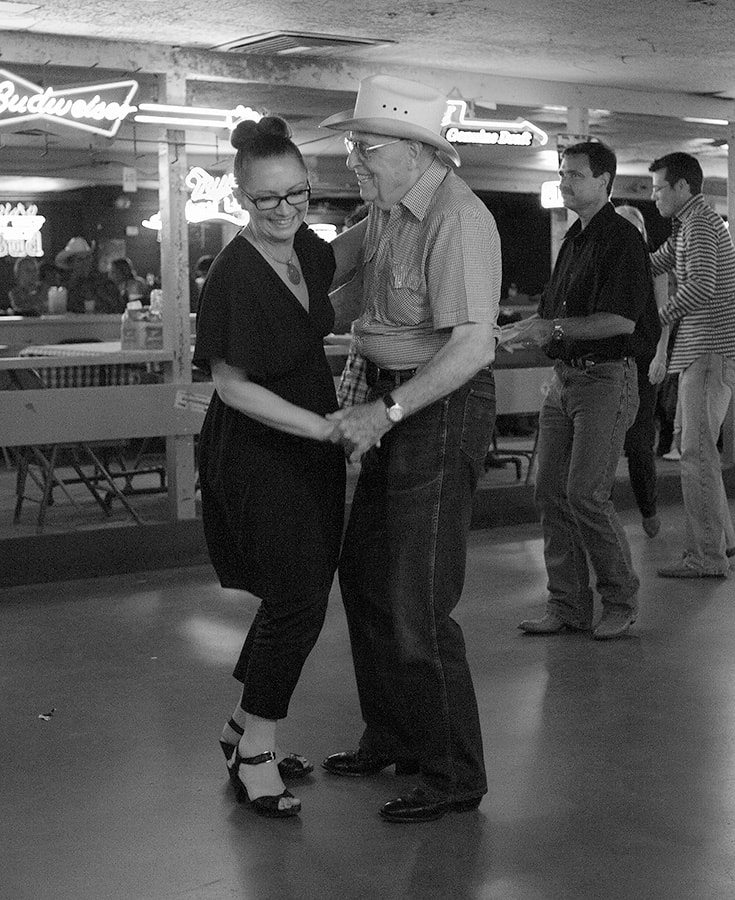 This Elderly Gentleman from Austin

The dapper old guy in the hat in the photo above taught me to dance the Texas Two Step. As we glided around the dance floor, I asked him how long he’d been dancing. “Only a few years,” he said. “My wife used to love to dance. She was a beautiful dancer. But I didn’t know how and never wanted to learn. But every week for our whole married life I’d take her out dancing. I didn’t mind her dancing with other men as I used to love watching her move. When she died a few years ago, I was heartbroken. I didn’t know how I’d go on. I missed her terribly. So I decided to do the thing she loved most. I learned to dance. I just love it now. But my biggest regret in life is never having danced with her… Now I go every week without fail, and, well, I feel like she’s still with me now, out here on the dance floor…” 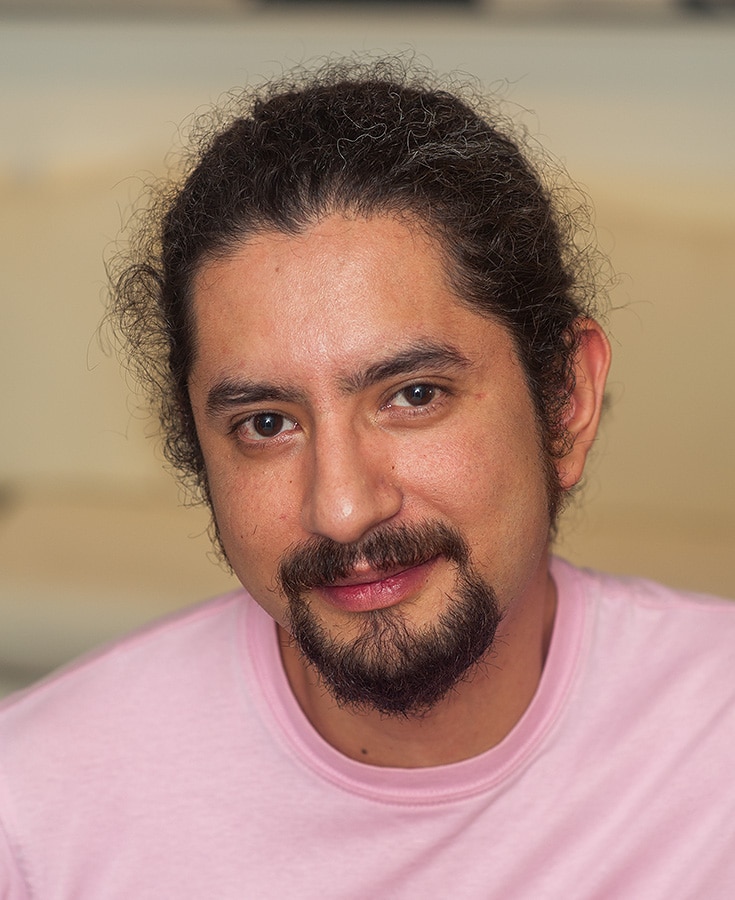 South of the border, down Mexico way… we looked up an old friend. We met Fernando on our first trip to Mexico City many years ago. We’d been watching a riotous demonstration on the Zócalo, the city’s main square, where university students were setting alight a couple of public buses they’d commandeered. Fernando, an economics student at the time, approached us and warned us not to get too close. “These kinds of things can get out of control in Mexico,” I remember him saying. We ended up strolling Cinco de Mayo for a while, chatting, then a few years later, on a return trip, I emailed Fernando. We met, we clicked, and we hung out. This time, we did the same. Our long distance friendship is a fine example of how fleeting encounters can become lasting ones. 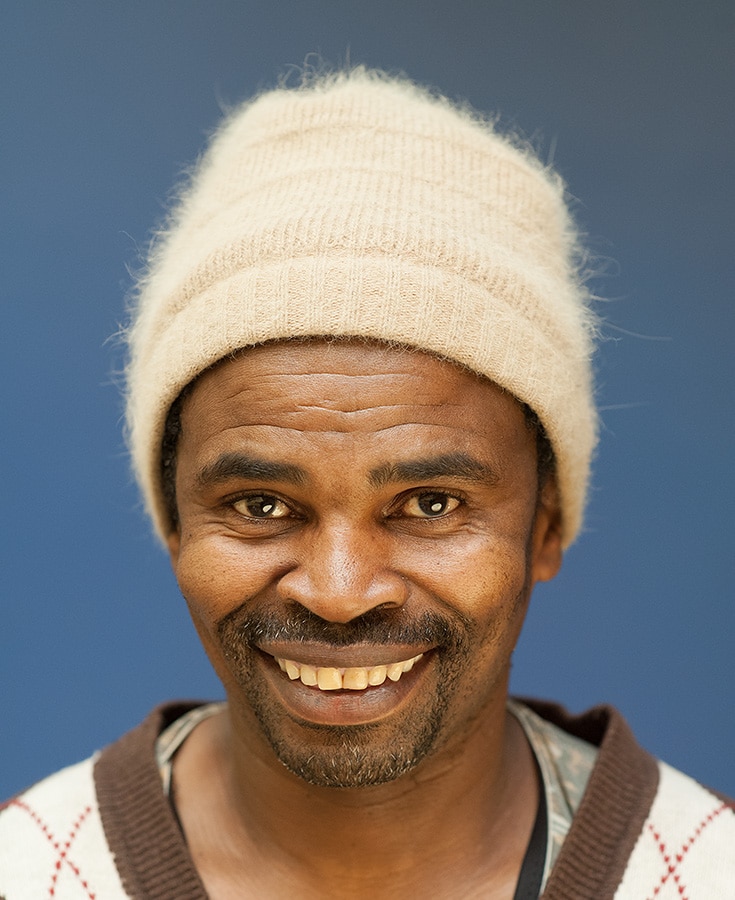 The People of Cape Town

In Cape Town we met dozens of people who affected us in different ways: from Faldela, a Cape Malay cooking instructor, who taught us the meaning of Ubuntu, to Monwabisi Sobitshi, an actor who passionately performed a moving scene from a play about the 1994 election, the first in which blacks were allowed to vote in South Africa; from Faizal, a guide who took us on a private tour of the city’s heartbreaking townships, to Shirley, Keith and Mildred, the hospitable owners and housekeeper of the beautiful house at Camps Bay in which we stayed. How is it that one place can produce so many kind and caring people we wondered. But that, my friends, is another post…