This classic Toulouse cassoulet recipe makes a hearty stew of haricot beans, pork, sausages, and duck confit, one of countless versions of cassoulet. I made this in Ceret in Southern France, including making it one evening for a Toulouse-born local we invited for dinner. Although I almost didn’t pull it off as the Catalan butcher refused to sell Lara Toulouse sausage!

“That’s not from here, we make Catalan sausage! Catalan sausage is better!” exclaimed the butcher in Ceret when Lara asked for saucisse de Toulouse (Toulouse sausage), an ingredient of the classic Toulouse cassoulet recipe I was using for the Ceret edition of my series The Dish on the quintessential dishes of places we’re travelling to this year.

While the butcher had been happy to chat to Lara cheerily in her broken French and English when she’d asked him a few minutes earlier about his duck confit, he changed his tune when he put two and two together and realised what we were making… 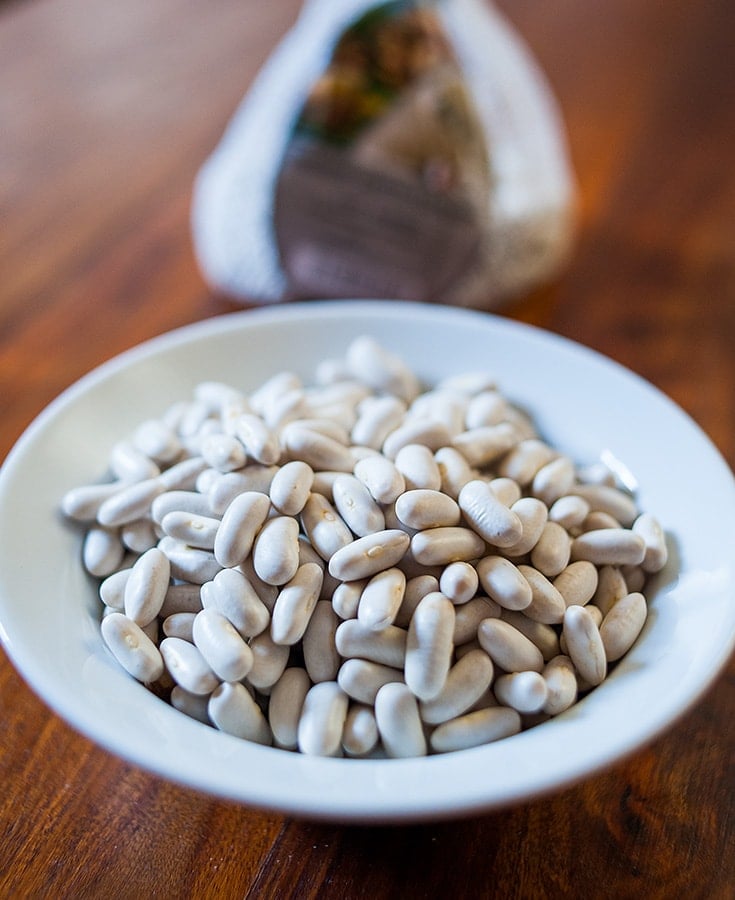 “You’re cooking this, aren’t you?” he asked her, picking up a tin of pre-prepared cassoulet he had on the shelf. “This isn’t from here! It’s foreign. We’re Catalan!” he exclaimed! And with this the red-faced butcher returned to the back room where he’d been slicing meat when Lara arrived. He wasn’t going to be selling Lara anything today, not even the innocent and more neutral duck confit.

Classic Toulouse Cassoulet Recipe Made in Ceret in Southern France

So why did the notion of Lara making cassoulet in Ceret send the butcher running back to his slicer – despite, ironically, him selling canned cassoulet in his own shop? Well, for anyone who identifies as Catalan, traditional French dishes such as cassoulet represent far more than just a stew of haricot beans, pork, sausages, and duck confit (just one of the versions of the dish).

Cassoulet represents an ongoing form of French cultural oppression. And you thought it was just a casserole? 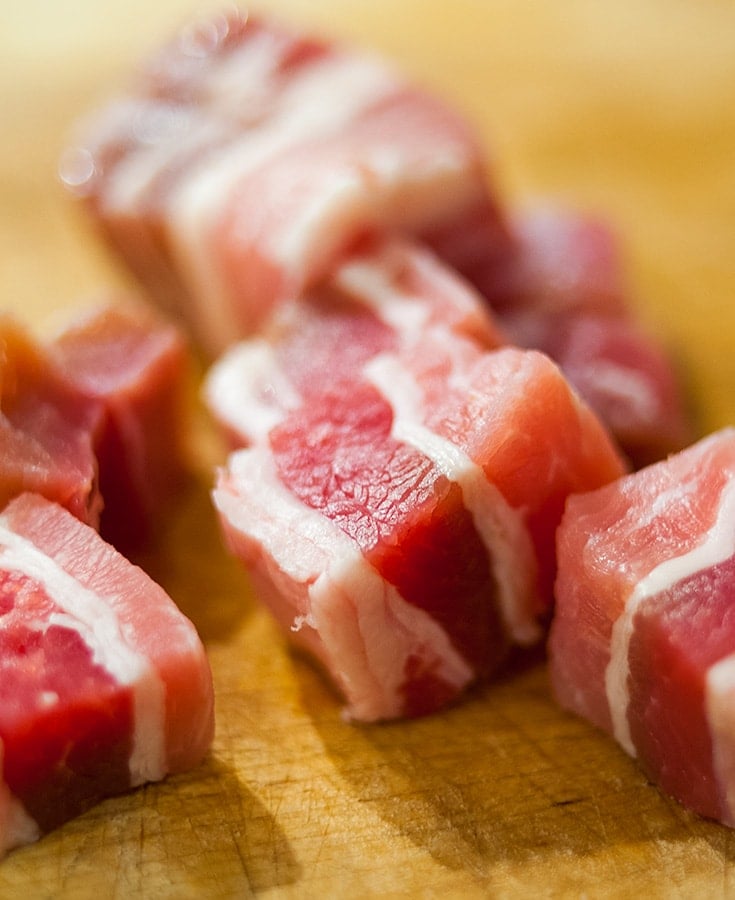 Castelnaudary, about 180km from Ceret, is the self-proclaimed capital of cassoulet, which is named after the cassole, the earthenware pot it is often cooked in. Some 65km north of Castelnaudary, Toulouse is also a centre for this homely, filling stew. And despite what the butcher says, the dish is popular in southern France.

There is a woman who sells cassoulet at the market every Saturday in Perpignan and the Ceret supermarket shelves would be far emptier without the endless variations of cassoulet in cans. Even a restaurant in Ceret specialised in cassoulet, although we never saw anyone eating it there and it had to be ordered in advance – never a good sign! 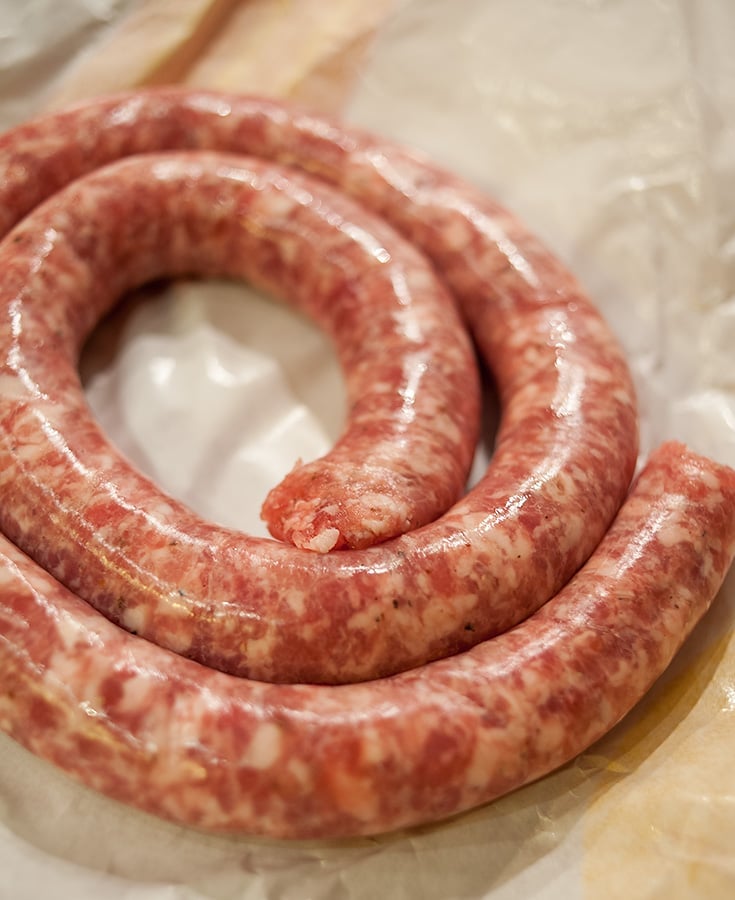 After a week of experimenting with this classic Toulouse cassoulet recipe, I tried my final version out at a small dinner party we hosted in our holiday rental in Ceret for our new friend Carl from Perpignan and a Toulouse-raised local, Yvan, his partner. Yvan told me that there was as many versions of cassoulet as there are villages in the south of France. Phew.

After looking at a million classic Toulouse cassoulet recipes I decided to put into the cassoulet what I thought instinctively was right. Pork belly, pork and garlic saucisses (sausages), and duck confit were the main meat components of the cassoulet.

The haricots blancs (white beans, sourced from Castelnaudary) made up the base of the dish, and here there is no cheating with this at all. The beans need to be soaked for 24hrs and then cooked to achieve the right level of softness, which I prefer to mean just firm enough to get a little taste of fibre as you bite into the bean, not soft and mushy like some I tried. 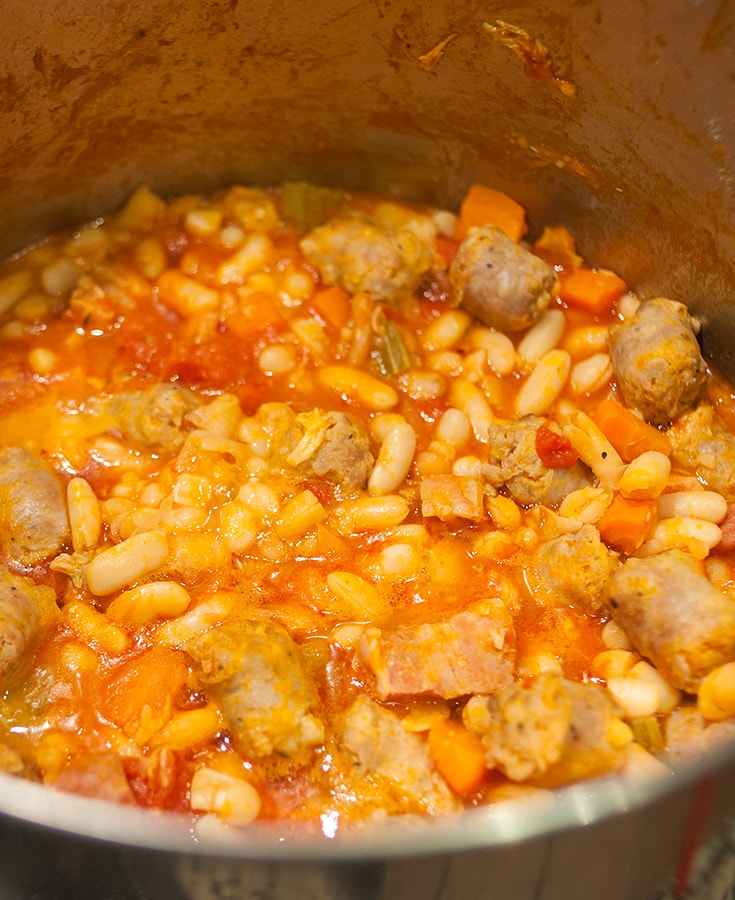 I found the sauce quite bland with some cassoulets I sampled and one had way too much duck fat. To make a more palatable sauce, I used some tinned tomatoes, certainly not used in all cassoulets, but, look, even making cassoulet in Ceret is contentious!

The other controversial issue is whether cassoulet has breadcrumbs baked on top. This is added when the duck pieces are added, near the end of a long cooking process. We didn’t prefer it either way and while the breadcrumbs added texture, it’s already a dish with plenty going on, so add them if you wish. Or not.

So, how was the final version of my classic Toulouse cassoulet received by the Toulouse native? 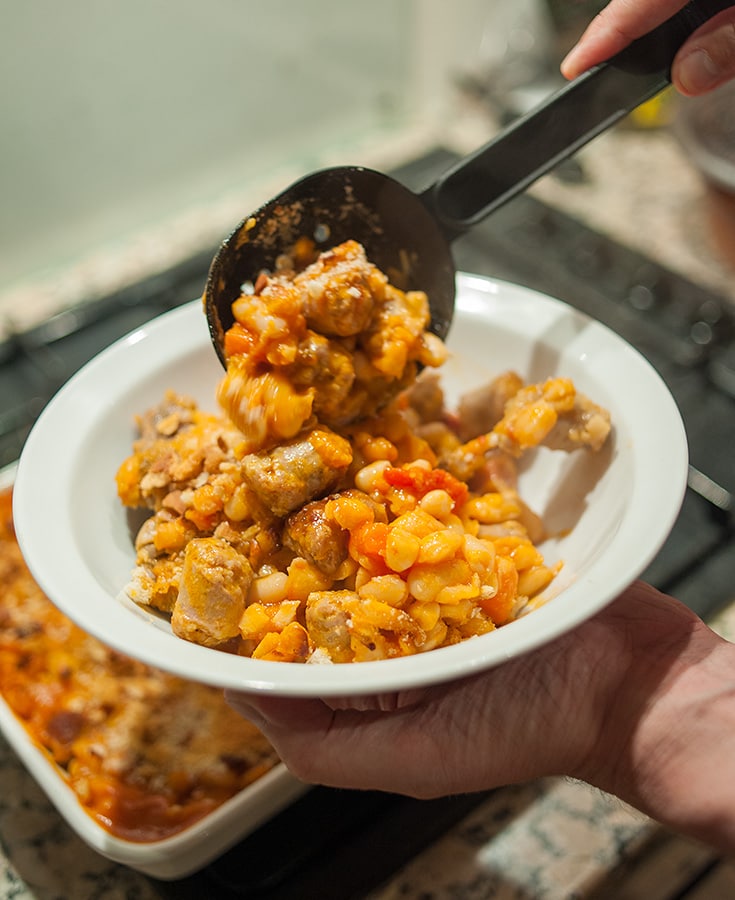 “You’ve made a nice cassoulet with great flavour,” Yvan said, “But there’s not enough sauce for me. We like to soak up the sauce with some toasted bread with garlic, and I also like boudin noir in my cassoulet.”

Yvan also said that a cassoulet can be cooked for a whole day; way more than my few hours. Despite these shortcomings, Yvan certainly finished his plate. The rest of us thought that the dish was heavy enough without the addition of blood sausage.

This classic Toulouse cassoulet is definitely a dish made for those with a huge appetite on a cold winter’s night or after a day skiing, hiking or chopping wood! 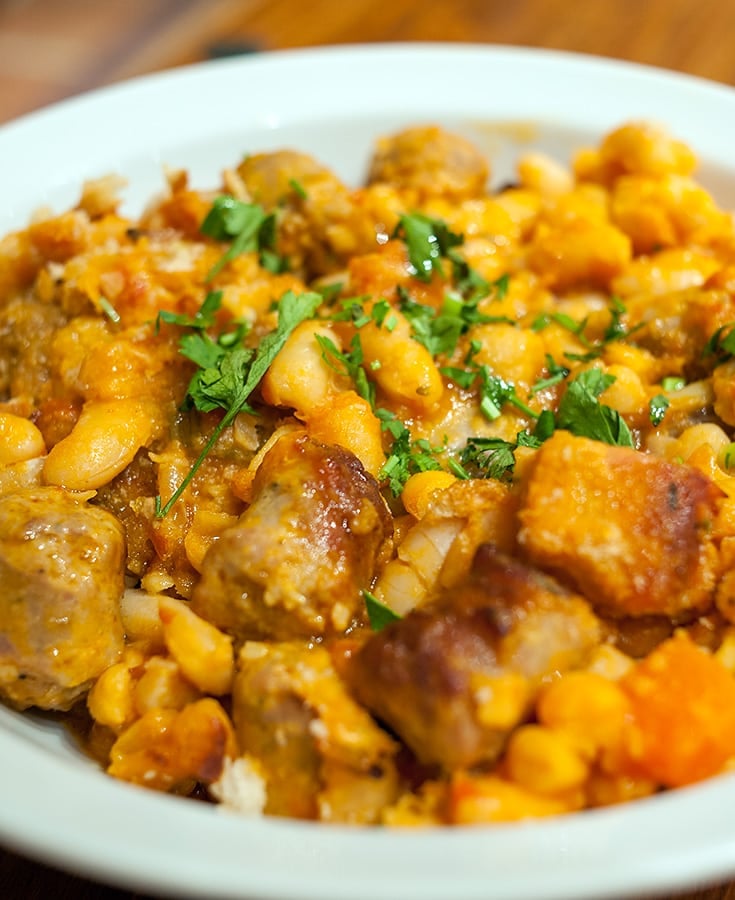 Below is my final classic Toulouse cassoulet recipe. You must use dried beans soaked for 24hrs and you need to judge the dish at several stages along the way – it’s best to start this dish mid-morning to have it ready that night for dinner…

And if you love a traditional stew, do check out our collection of best stew recipes for more hearty comforting stews.

If you liked our classic Toulouse cassoulet recipe, do see my other recipes in this series in which I search for and learn to make quintessential regional dishes from the places we’re travelling to this year. So far they’ve included everything from a chocolate snack I learned from a Michelin-starred chef in Barcelona, to Rabo de Toro (oxtail stew) in Jerez, and Lamb Tajine in Morocco.