Margaret River Gourmet Escape food and wine festival is on again this year from 17-21 November 2021 in Western Australia, and if you don’t already have what’s considered to be one of Australia’s best food festivals in your calendar and you’re a lover of food and wine, then we strongly recommend you change that.

Widely regarded as one of Australia’s best food festivals, Margaret River Gourmet Escape is on again this year after a 2020 hiatus due to the pandemic. Luxury Escapes, Gourmet Escape’s official travel partner, has discounted festival packages including tickets to the legendary Gourmet Beach Barbecue and The Village festival hub, where you can sample delicious produce and award-winning wines from Western Australia, starting from A$115 for two events.

Luxury Escapes is also selling reduced-price tickets to other events such as the Oh My Goodness Vineyard Party at Leeuwin Estate in Margaret River; Grazie Mille, an Italian feast in the Swan Valley; and Wine, Dine and Disco on the rooftop of Perth’s Art Gallery of Western Australia, because in 2019 the festival actually expanded beyond Margaret River to Perth and the Swan Valley.

If you haven’t been to the Margaret River Gourmet Escape let me tell you a bit more about this delicious food and wine festival and why I’m dreaming of getting back to Australia in time for the 2021 Western Australia Gourmet Escape. It will remain a dream for us, I know, but there’s no reason why you shouldn’t go! 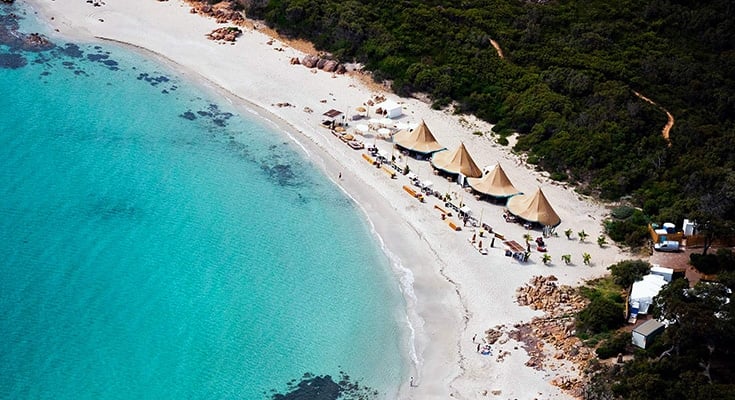 If you haven’t been to a food and wine festival before, they generally involve a range of tantalising events and activities, from communal feasts and themed meals, often cooked by notable chefs and set in gobsmacking locations, to opportunities to learn about food and wine in a relaxed environment at tastings and classes on everything from cheese-making to cocktail shaking.

There’s usually a festival hub, where you can taste local produce – in this case, at the previous Margaret River Gourmet Escape and this year’s Western Australia Gourmet Escape, anything from olives to charcuterie, cheese to chocolate, wines to distilled spirits – purchase those products, and graze on bite-size snacks, small plates and sharing platters so you can sample as many of the local specialties and chef creations as possible.

Many festivals also have an education element, in the form of guided tastings, interactive chef demonstrations and hands-on cooking classes, and offer opportunities to hear the chefs speak and participate on panels, where they might cover anything from their formative years, career development and culinary influences to topics impacting the industry.

The 2019 Gourmet Escape included the inaugural World Gourmet Symposium, along with the usual mouth-watering meals and dining events in magical locations, that made the Margaret River Gourmet Escape such an alluring event for international chefs as much as culinary travellers.

Before the Margaret River Gourmet Escape became the Western Australia Gourmet Escape, one of the industry’s greatest showmen, Marco Pierre White, named it the “greatest show on earth”, in part due to the spectacular settings and gorgeous backdrops, such as Castle Rock Beach, where the festival’s iconic Gourmet Beach Barbecue is held within splashing distance of the sea.

The British chef was a guest at the 2019 festival, along with David Chang, Kobus van der Merwe, Colin Fassnidge, and other culinary luminaries from Australia and around the world, which resulted in the once-in-a-lifetime chef collaborations that made the festival so exciting for the 22,000 food and wine lovers who attended the event.

For many food festival goers, the chance to meet world-famous chefs from abroad, as well as celebrated Australian chefs and wine-makers, is a big appeal of a food and wine festival. Who wouldn’t want to have a laugh with David Thompson as he dishes up a fish curry for you, or chat to Neil Perry as he barbecues some beautiful Western Australian marrons?

While the guest chefs for 2021 haven’t been confirmed a yet, previous Margaret River Gourmet Escapes have featured culinary legends such as Rene Redzepi, Massimo Bottura, Nigella Lawson, Heston Blumenthal, and Rick Stein, and countless celebrated Australian chefs, such as Thompson and Perry, Peter Gilmore, and Tetsuya Wakuda. 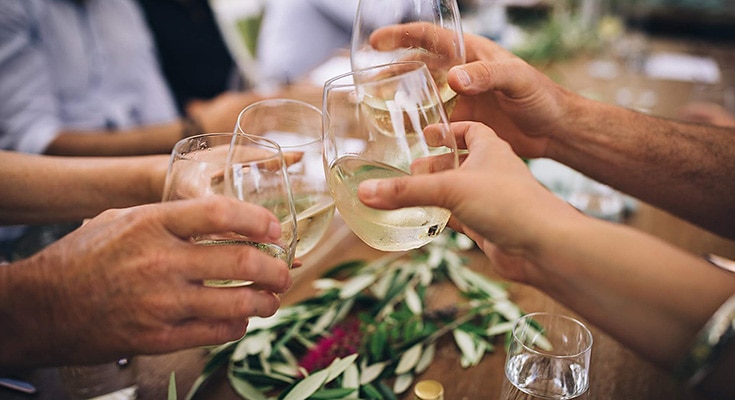 Gourmet Beach BBQ lunch held on the soft white sands of Castle Rock Beach with canapés, beer and wine and a decadent barbeque feast PLUS access to The Village, the festival’s main hub and ultimate foodie haven, featuring exciting demonstrations, tastings and chefs from around Australia and the world.

Oh My Goodness Vineyard Party where you’ll enjoy a delicious four-course brunch, staged on the picturesque lawns of Leeuwin Estate PLUS tickets to The Village, an outdoor showcase of chefs, food, award-winning wines and produce from Western Australia, including access to talks and demonstrations from chefs, sommeliers and local artisan producers.

Grazie Mille three-course Italian dinner at Sandalford Wines in the Swan Valley PLUS the Wine, Dine & Disco soirée on the rooftop of the Art Gallery of Western Australia in the heart of Perth.

We have an abundance of information on Grantourismo on the key locations of the November Western Australia Gourmet Escape formerly known as Margaret River Gourmet Escape.

If you’re travelling from interstate, you’ll probably fly into Perth and will need somewhere to stay, so start with our picks of the best boutique hotels in Perth.

If you only have a short time in Perth, see our itinerary for a self-guided Perth city walk so you can quickly get your bearings, especially if it’s your first time in the Western Australian capital.

We also have a guide to the best parks and gardens in Perth where you can take some of that wonderful produce you buy and enjoy a picnic with views.

Best Perth Parks, Gardens and Picnic Spots and Where to Fill your Picnic Basket

If you have more time, see our weekend in Perth itinerary, which includes the best Perth walking tours, if you need to work up an appetite in between events, to Perth’s best rooftop bars for a post-event nightcap. We also have the lowdown on Northbridge, James Street Mall and the arts precinct where the Wine, Dine & Disco soirée is being held on the rooftop of the Art Gallery of Western Australia.

If you’re considering extending your stay in Perth, see our guide to 26 things to do in Perth – although be warned: most of them involve eating and drinking!

Our guide to driving from Perth to the Margaret River region provides suggestions as to where to stop en route, things to do along the way, and our suggestions as where to stay in Bunbury, Busselton and Dunsborough, if you want to break up the journey.

If you’re going to make the area your base for the Western Australia Gourmet Escape check out our guide to where to stay in the Margaret River region, which covers everything from glamping to luxury lodges.

If you want to do more than eat and drink, see our guide to exploring the Margaret River region from Cape to Cape, which covers all the highlights from the north to the south, from the best waves to the best caves.

Exploring the Margaret River Region from Cape to Cape – Wine, Waves and Caves

If you’re feeling a bit overwhelmed by all of that, then look no further than our weekend in Margaret River itinerary, which squeezes in all our favourite things to do in the Margaret River from Friday to Sunday.

If you’re considering buying tickets to the Grazie Mille, see our story on our Swan River Cruise to the Swan Valley Wine Region, which took us to Sandalford Wines where the event is being held. We’ll be adding more posts on the Swan Valley region between now and the Western Australian Gourmet Escape.

If you’re hoping to head over to Rotto for an event, see our comprehensive guide to Rottnest Island, which we’re currently updating. Check back soon.

Do let us know if you’re heading to the Margaret River Gourmet Escape or Western Australia Gourmet Escape, as it’s now called. We’d love to know which events you’re planning to go to.