‘Dalla terra alla tavola’, from earth to table – or from ‘paddock to plate’ or ‘farm to fork’ as we say in Australia – may not be a new concept in Italy, or Australia or the UK for that matter, but it’s one that has always excited us.

When Francesco, owner of Antiche Carampane, our favourite seafood restaurant in Venice, gave us a business card for a just-opened restaurant, Venissa, on the island of Mazzorbo in Venice’s lagoon, he told us that we had to eat there.

He said not only was the food fantastic, but the produce came straight from the chef’s garden, beside the restaurant. We were on the next boat. 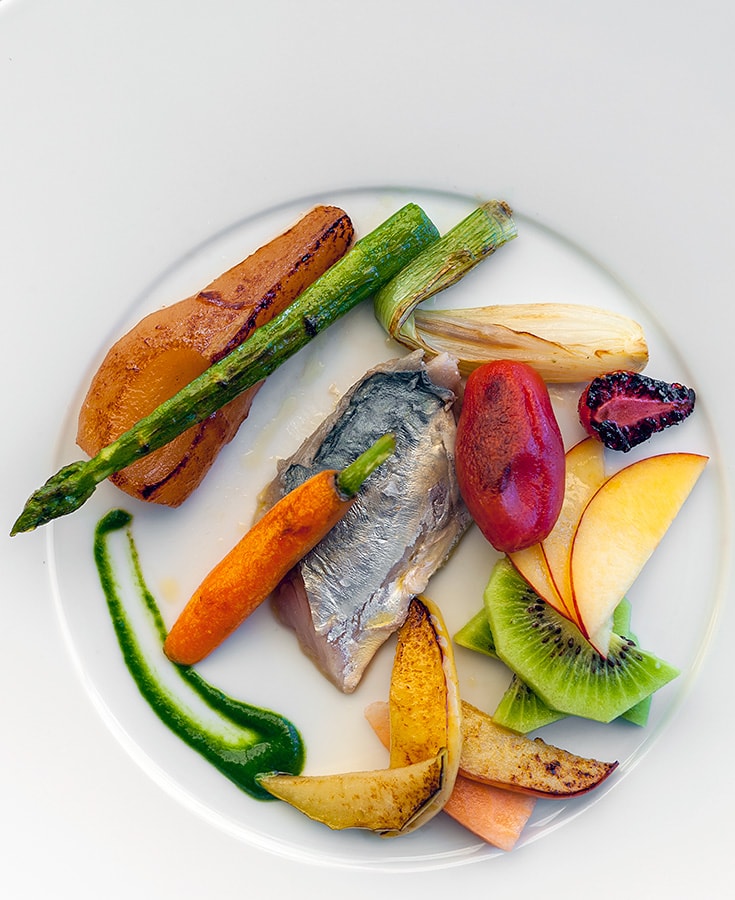 We’ve long been promoters of ‘paddock to plate’ dining, also known as farm to table or nature to plate. The movement that has gone from strength to strength over the last decade in Australia and in recent years in the UK, where Jamie Oliver is an advocate.

‘Paddock to plate’ chefs have been busy establishing their own kitchen gardens and sourcing the best quality ingredients from the closest producers to guarantee what you’re eating is as fresh as it can possibly be.

The trend has its roots in Italy’s Slow Food movement. Of course, the idea isn’t new to people living in the country, who have always used their own or their neighbours’ produce, and fruit and veg go straight from the dirt to the dish. 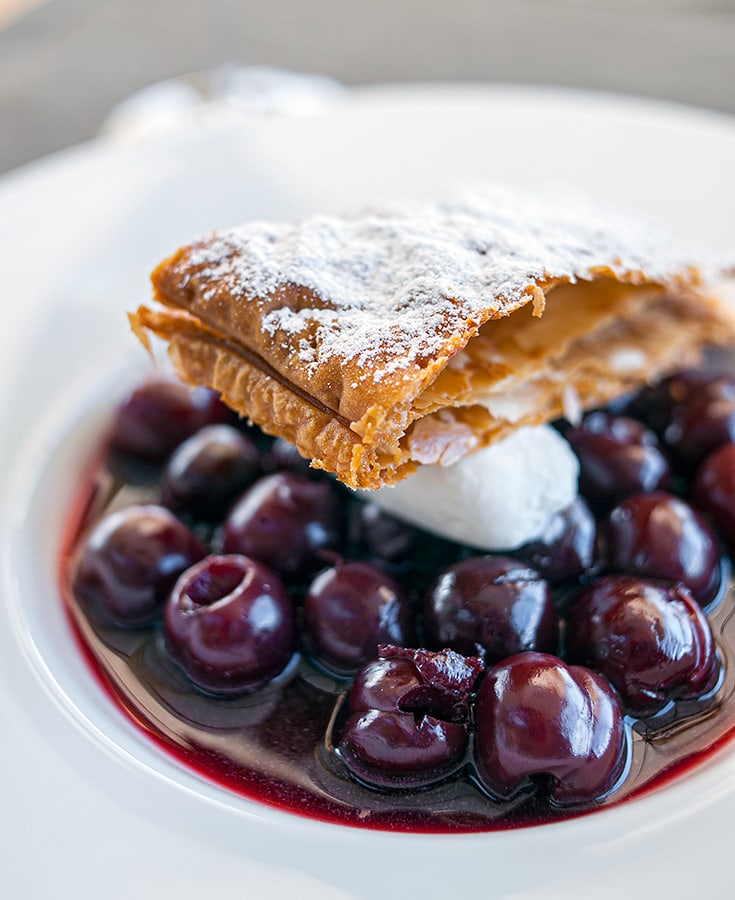 During our recent stay in Puglia, we met locals who were almost self-sufficient, sparking memories of growing up in suburban Australia in the 1970s, when I’d help my grandfathers pick tomatoes, carrots, peas and beans in their backyard gardens, and Terence grew his own tomatoes and radishes.

While researching guidebooks in Australia over the last five years, we’ve increasingly been discovering chefs who are either growing their own organic produce (such as Tony Howell at Cape Lodge’s superb restaurant in the Margaret River wine region) or sourcing it very close by (Simon Bowen at Pipers of Penola in the Coonawarra).

For a chef, growing your own produce makes sense – they know exactly where it came from, they know it is truly organic, it’s more affordable, and because it’s so fresh they know it’s going to taste great.

Venice is renowned for its superb, fresh local seafood, much of it coming straight from the lagoon and the Adriatic Sea, yet perhaps because Venice is surrounded by water, very few visitors realise that the fruit and vegetables sold at the markets and eaten at restaurants is actually sourced locally, most of the seasonal produce coming from the island of San Erasmo.

On Mondays there is a farmer’s market in a small square beside Piazzale Roma, where you can buy organic produce direct from producers from the Veneto, including many from San Erasmo.

At Venissa, Head Chef Paola Budel and her husband Chef Franco Bianchi, who helm the restaurant as well as managing the property use produce which comes almost entirely from San Erasmo, the Veneto, and, naturally, from their own garden.

“We have nine pieces of land we grow produce on in addition to our garden here, and local old men farm the land for us,” Franco tells us, “80% of the produce is local, and everything is seasonal, and it’s absolutely as fresh as it can be. We’ll only use something that is not local if it’s vital to the recipe and unavailable here and Paola wants to use it.” 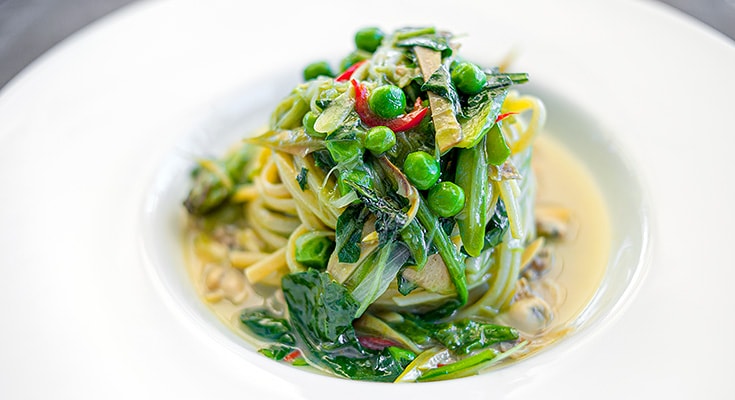 Paola, a renowned chef who was Head Chef at the Principe di Savoia in Milan for many years, and worked at Le Gavroche in London, tells us “There is no other way I could do it.”

“We have to do our food this way,” she explains. “If you use local food and other local produce, then you have a local identity, your own identity, and that’s very important to us here.”

Development of the communal land into a farm, stylish restaurant and chic bed and breakfast accommodation has been five years in the making and has been a labour of love for Paola and Franco.

The couple embarked on the project with Gianluca Bisol, a veteran winemaker of the Veneto, the 21st-generation of a winemaking family. Naturally, they’re also growing grapes and next year will produce the first wine from their own vineyard.

As you’d expect, the elegant cuisine at Venissa is as fresh, light and as flavoursome as food can possibly be. The colours are vivid and the just-picked vegetables still smell as if they’re on the vine or have been dug from the dirt. No other restaurant in Venice best exemplifies the concept of ‘paddock to plate’ or dalla terra alla tavola.

Getting there: From Venice, go to Fondamenta Nuove, embarkation point A and take line LN (Laguna Nord/Northern Lagoon) for Mazzorbo (second stop; approx 35-40 minutes). See www.actv.it for the timetable.