Ribla Corba, or more correctly Riblja Čorba, is a wonderful fish soup that you’ll see on many menus in Kotor, Montenegro. Not surprisingly, as Kotor is intrinsically linked to the sea, as are its people.

As you’ll see when you hike up to Kotor’s Castle of San Giovanni, the steep slopes of the majestic fjord-like mountains guide the green waters to the sea, where many of Kotor’s men throughout history have earned their keep.

Whether it was the Venetian maritime influence or just an affinity the locals feel to the sea, the men of Kotor have built a reputation for being able sea captains as well as canny fishermen. They also know how to cook a delicious fish soup.

The easiest way to get anywhere from Kotor is in a boat. Even today, if you walked into a bar asking for a fisherman or a sea captain, you’d be assured that there would be at least one raised arm pointing skyward and one hand firmly wrapped around a beer.

Not all the food comes from the sea in Montenegro, though. The country has excellent cheeses and meats, particularly pork products, and they are best when they’re the rich smoky variety.

But here on the Bay of Kotor, it is the seafood that dominates the centre of the dining table once a platter of the aforementioned cheeses and prosciuttos have been washed down with a glass of the local brandy. And that’s another story for another day.

Just as the people here like their brandy straight up, they don’t like to mess about with their seafood either. The most elaborate dish we sampled was octopus stuffed with the same ingredients we’d just washed down with a heady brandy – cheese and ham.

Good fish is taken seriously too, with the fine time-honoured tradition at the start of the meal of showing guests the day’s catch – clear eyes, red gills, and the smell of the sea duly noted.

But there is a course in a typical meal here that is irresistible – and rightly so – fish soup or riblja corba. 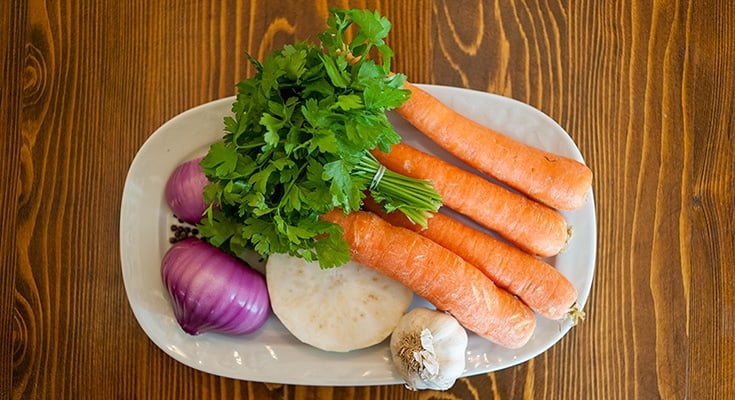 The story goes that the local riblja corba recipes came into being because the fishermen could not sell the smallest fish of their catch, so they kept them. But instead of grilling them, they just boiled them up, de-boned them, and put them back in the pot to make soup.

Just as meat bones don’t go to waste here either, the fish bones are used to make a delicious consommé or clear soup made from stock.

The fish soup is a way of stretching what nature provides just that little bit further.

While we tasted some fish soups that were made with the addition of tomatoes, the best were the clearer versions of the soup where the fish flavours take centre stage. One of our favourites was at Cesarica where chef, fisherman, and sea captain, Rino Janovic, offered to show us just how simple his riblja corba recipe was to make.

Rino’s seafaring traditions go back several generations. In his restaurant in the Old Town or Stari Grad of Kotor, he points to a black and white photograph of his grandfather’s sister working at a fish canning factory that was at Muo where we are staying.

His father was a director of a shipping company and his uncle a sea captain, he says, as he shows us old photos of his family members. Rino proudly points out his own sea captain’s license to pilot any kind of ship at any size.

“Everyone has some kind of an association with the sea here and they all know how to fish,” Rino reveals. “And while many don’t fish all the time, as soon as there is a downturn in the economy, you see more locals out fishing again.”

“We always eat seafood,” Rino tells us. “My grandfather would not have a meal without it; there was always seafood on the table, and he ate riblja corba every day. He lived until he was 101, and he was riding a bicycle and kayaks until he was 92, and he fished until he died.”

After Rino quickly and expertly served up a seafood feast for some lunch latecomers in his compact kitchen, we discussed the fish soup.

“The most important ingredient in the soup today is of course the fish,” he says, “It’s best if you use a variety of fish to give a really full flavour.” 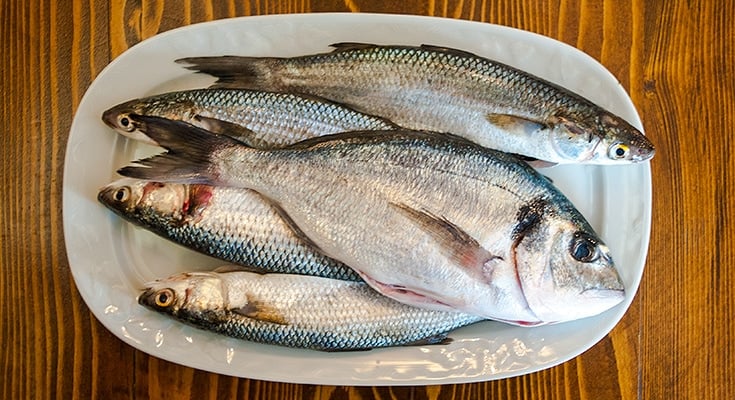 Rino likes to use mullet or sea bass for his fish soup. He also likes to keep it simple, preferring his riblja corba without any extra flavour, such as that of tomatoes.

In Rino’s recipe, one handed down through his family for generations, along with most of the other recipes at his restaurant, all fish pieces are removed from the pot, deboned, then returned to the soup.

Although Rino tells us that some fishermen set aside half the fish after it has initially been cooked, serving it separately, pouring a little of the soup over the fish fillet, and eating it with boiled potatoes. Yet another way of making the sea’s bounty here in Kotor go further.

This modesty and frugality is something I find fascinating about Kotor. Just like the riblja corba itself, once you have a taste you want to go back for more.

Do let us know if you make this riblja corba fish soup recipe as we’d love to know how it turns out for you.