Cocktail time. A class on how to make a Mojito was one of the highlights of the Taste of Melbourne festival. Out of all the events we went to, the cocktail making lessons were the ones that seemed to excite festivalgoers the most. Long lines, packed sessions, and lots of locals taking their cocktail educations very seriously.

Ran by Bacardi in conjunction with Longrain Melbourne, the Sensology Art of Cocktail Making classes covered the creation of potent classics like daiquiris, pina coladas, cosmopolitans, and mojitos. 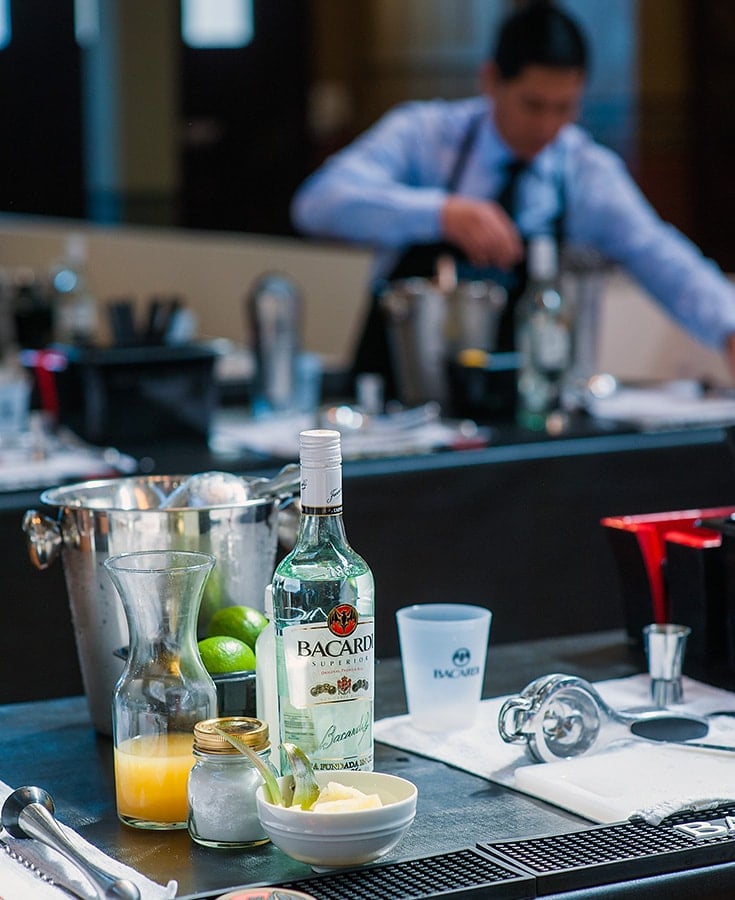 We did a group daiquiri-making session first. Fast-paced, fun, and 100% hands-on, each participant worked at a bench with their cocktail equipment (muddler, stirrer, shaker etc), spirits, and ingredients before them, taking direction from an instructor on the stage while staff roamed the room ensuring we all kept up.

How to Make a Mojito and Daiquiri

How to Make a Daiquiri

The daiquiri was invented in 1898 by an American engineer working in Cuba, called Jennings Cox, who took some fresh limes from a tree, mixed the juice with sugar to tone down the sourness, added Bacardi and shook it by hand over some ice. He called it a daiquiri after the town of the same name where he was living in Cuba. The original daiquiri recipe remains the same.

If you missed out on a group class, you could get a private one-on-one demo at the Sensology bar, and we did that too, and learnt how to make a mojito with brand ambassador Martin Newell – and we got a history lesson in the process.

How to Make a Mojito

The mojito it seems, whose origins date back to the 15th century, was once called a ‘Draque’, and its base was a throat-burning, distilled sugar cane spirit that was used to ward off sickness. It wasn’t after the late 19th century when the more palatable Bacardi, the world’s first aged white rum, was created, that the mojito – meaning ‘little soul’ – was invented in the early 20th century.

Making mojitos wasn’t new to us. In fact, it was on our second trip overseas to Cuba, way back in the ’90s, that we had our first thirst-quenching mint-filled mojito in Havana’s sultry heat. We became hooked on the things, sipping several of them every afternoon after a sweaty day strolling around the city taking photos. In those days, they were $1 each! Back in Sydney, with our duty free Cuban rums, I’d often make mojitos when we had friends over for drinks on a summer’s evening on our balcony overlooking the harbour. 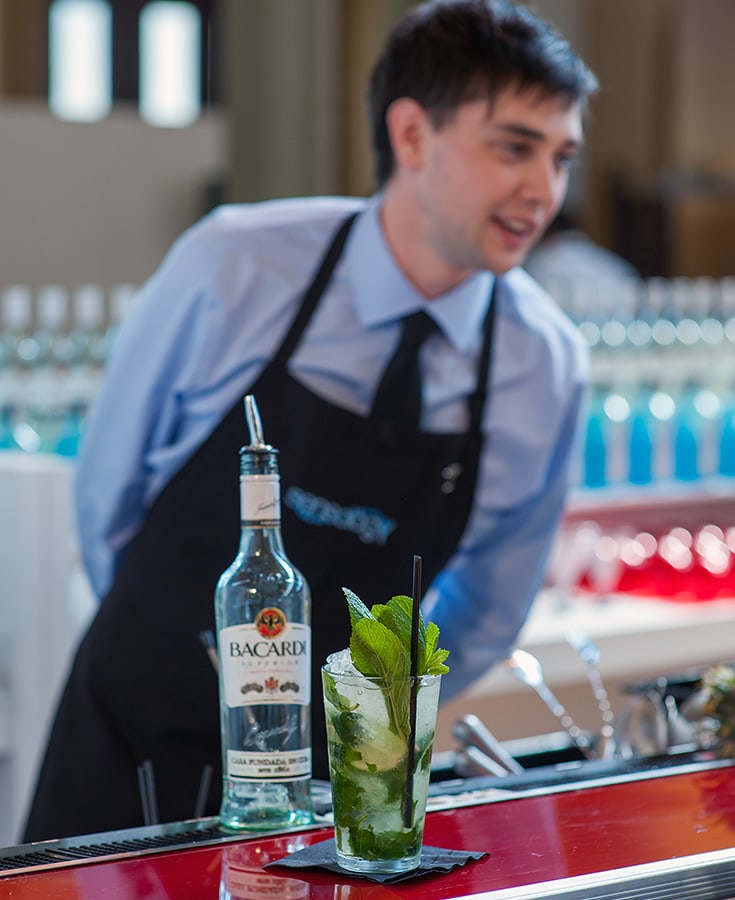 The mojito we learned to make from the Sensology bartender was very close to the mojito of my memory from our time in Cuba, a very different drink to the mojitos often served at bars that can be more akin to a caipirinha.

The only difference was in Cuba they used more lime chunks and a lot more mint, cramming the glass with bunches of leaves so that they appeared to grow from the glass. Mint and lime aside (I recommend adding more of each), it’s the most authentic recipe I’ve ever tasted outside of Cuba.

If you’re in Australia, Sensology runs their Art of Cocktail Making classes in conjunction with Longrain bar/restaurant in Melbourne and Sydney. Details here: www.longrain.com.au/cocktailclasses