We’d only been back at our cottage at Shambani at Diani Beach from our safari for a day when the Internet ground to a halt. It had been operating at a snail’s pace since we arrived almost two weeks earlier and we’d been constantly shifting between the Internet line installed at the property the day we arrived and the USB modems that were meant to serve as our back-ups. A night’s stay in Mombasa made sense.

When both stopped working – copper thieves had stolen the Internet and phone lines the previous night and Safaricom was having its usual problems – we knew it was time to move on.

We were due to fly out of Mombasa for Nairobi the next afternoon, then from Nairobi to Dubai that night, and from Dubai onto Istanbul the next day. I was dreading the travel time – around 24 hours in total – but to be honest I was actually looking forward to the flights for the opportunity to do nothing but catch up on trashy Hollywood movies. 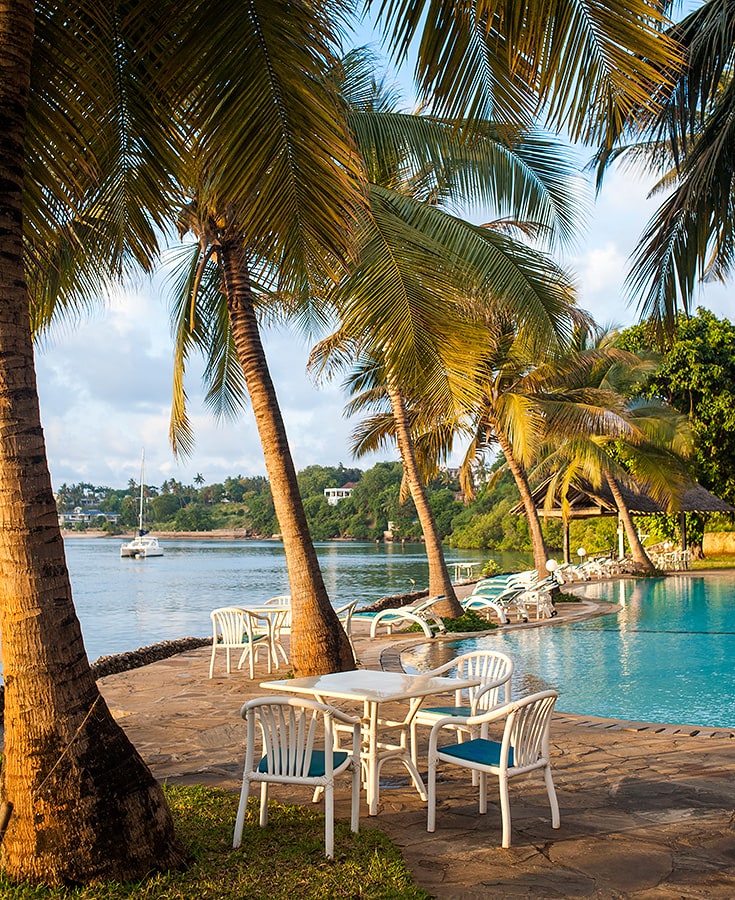 We’d driven through Mombasa a handful of times over the last two weeks – to and from the airport twice after Kenya Airways lost our luggage, and to and from safari – and were eager to have a little look around. We phoned Paul, the excellent driver who had taken us up to Voi, and booked an apartment at Tamarind Village.

Two hours later we were saying goodbye to sweet Emily and the staff at Shambani (and I was giving the manager a piece of my mind for not explaining or apologizing for the Internet going dead), and leaving Diani Beach and the beautiful Colobus monkeys behind. Although not before Terence promised the furry family of four who’d spent the morning hanging out with us that we’d be back one day to help save them…

One last time we drove through the lively villages that line the road from Diani to Mombasa with their brightly painted buildings plastered with Coca Cola, Safaricom and Zain logos (courtesy of the sponsors of their paint jobs) and the ramshackle tin sheds that serve as shops with names like London Paints, Emirates Barber Shop, Miami Butchery, and Netherlands Stores (courtesy of their Kenyan owners who’ve made their riches working overseas). 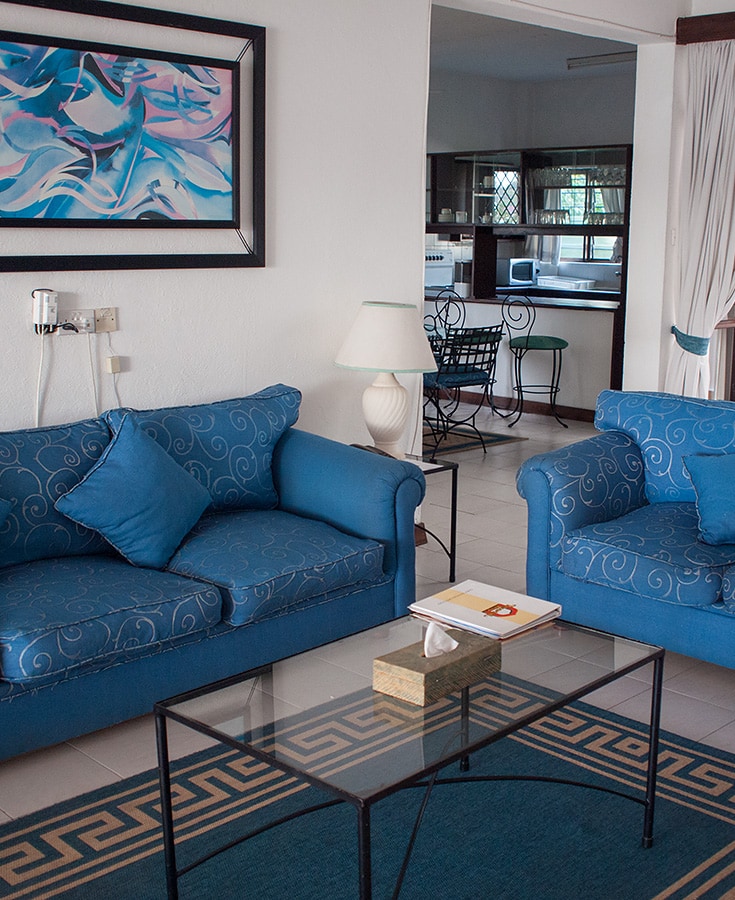 And we took the car ferry, one last time, crowded with the most diverse group of people we’d seen since we left Dubai early in the year, wearing every kind, cut and style of dress and headwear imaginable, from the colourful khangas that Kenya women artfully wrap around their bodies and the black bui bui that’s like the abaya and shayla of the Arabian Peninsula that the Muslim women wear, to the red-checked shuka of the Maasai and the Bob Marley t-shirts, faded jeans and dreadlocks of the Rasta guys.

In Mombasa, Paul drove through the old centre’s traffic-clogged streets, muddy with rain, by the elegant art deco buildings dappled with black mould, to the affluent northern suburb of Nyali and Tamarind Village. Set right on Mombasa’s old harbour with palm-shaded swimming pools and lush gardens, Tamarind turned out to be a lovely white stucco complex of super-spacious, clean, serviced apartments with big covered balconies and terraces, dripping with bougainvillea. 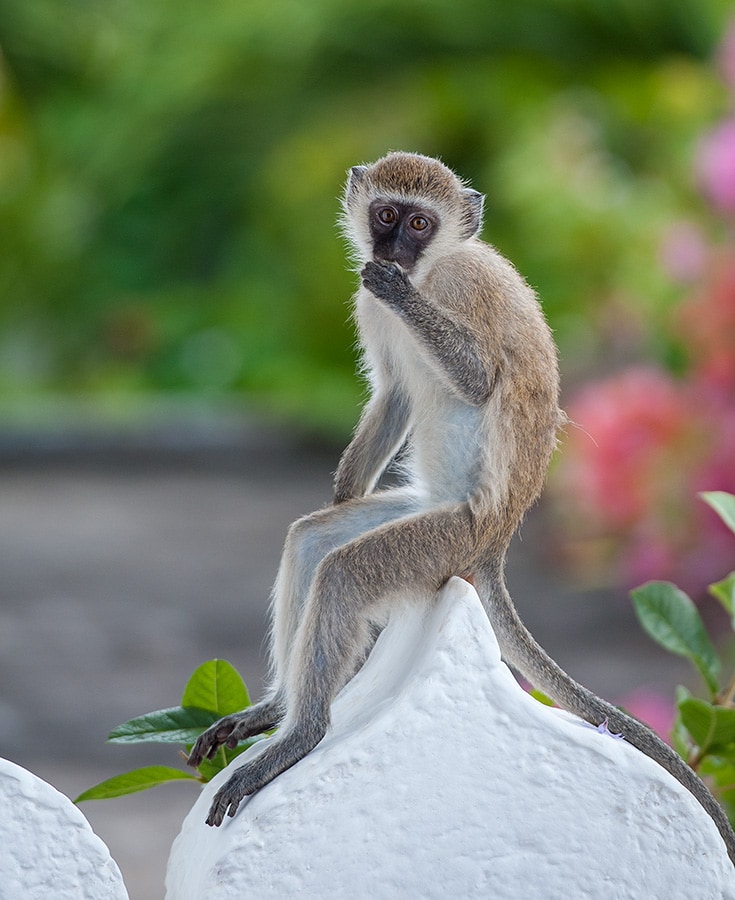 The conservative 1980s décor may have lacked personality but after sweltering in our windowless cottage at Shambani for two weeks, where we continually battled mosquitoes and lost our war against the Internet, Tamarind’s air-conditioning and fast Internet access were welcome. As were Tamarind’s two excellent restaurants with water views serving tasty food, and the monkeys that came to play on our balcony that afternoon, and attempted to invite themselves in the next morning. Tamarind was definitely a place we could have stayed a while.

Our tour of Mombasa was too brief, little more than a two-hour drive around town with Paul the next day that took in the highlights of the old city on our way to the airport. It gave us a taste of Mombasa despite it being exactly the kind of travelling we don’t like to do. But then our stay at Diani Beach wasn’t something we’d choose to repeat either…

Manned with too many staff and hidden behind high walls, Shambani didn’t offer the sorts of local experiences that we’ve been having this year, that are not always possible in hotels, that are the very reason we love holiday rentals. But then we appreciate that those experiences – shopping the local markets, cooking the food we’ve bought, pottering about the place, and cleaning up after ourselves – are not things that everyone wants when they go on holidays, even when they stay in a rental. All some people want is hotel-like accommodation with a kitchen and more space, and that’s fine too. 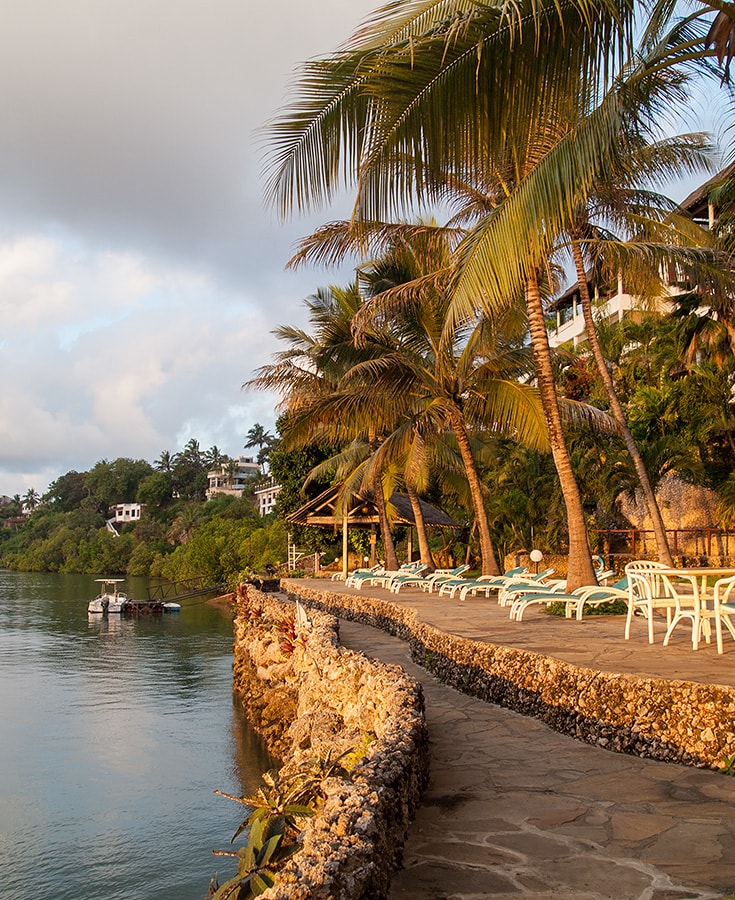 But we have another issue with recommending Shambani and Diani beach, one that has had us continually conflicted during the course of our two week stay. While we recognize that tourism is a way for the largely poverty-stricken local population to get ahead, and that a period on the beach before or after a safari makes a lot of sense for those who want a holiday that combines wildlife spotting with R&R, we have an ethical problem…

We find it hard to encourage people to go to a destination where tourism development has resulted in the destruction of the habitat of local wildlife and the diminishing population of the Colobus monkey to a point where they’re now endangered. If Diani Beach can curb future development and help the Colobus Trust recover the monkeys’ natural habitat, then that would be a different story… 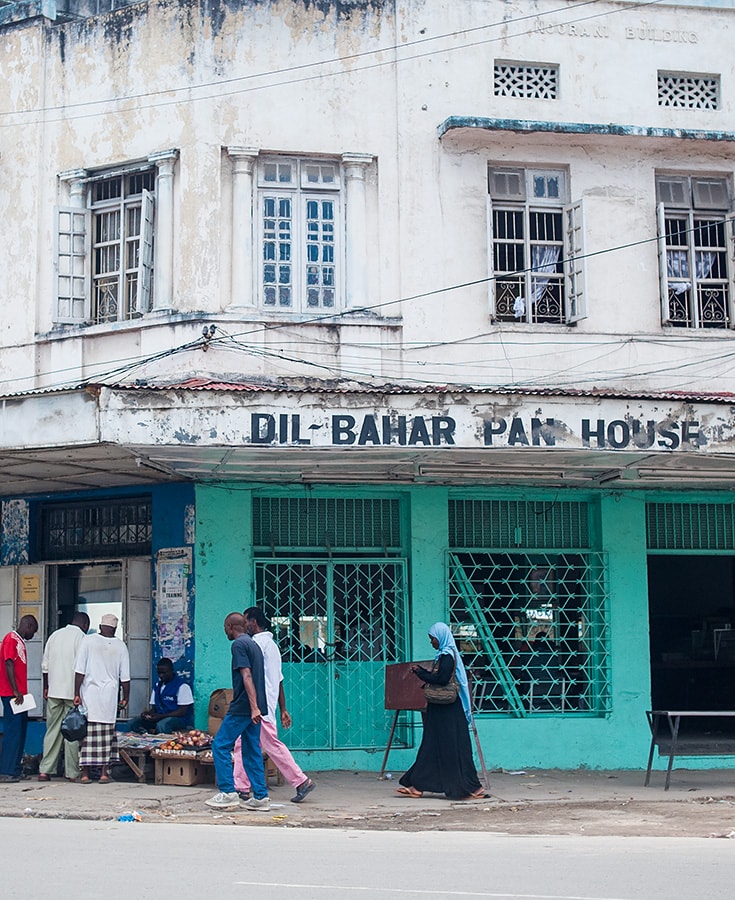 Having said that, we hope to return one day. Not to lie on a beach or even go on safari again, but to volunteer at the Colobus Trust. We appreciate that voluntourism doesn’t suit everyone either, but we think it makes up in some small way for the damage that’s been done. What do you think? We’d love to hear your thoughts.