Sydney easily boasts the best beaches and ocean swimming pools of any city in the world, on both its harbour and its coasts. The Bondi to Bronte walk – one of our favourite strolls in the world – showcases three of the city’s most beautiful beaches, Bondi Beach, Tamarama, and Bronte Beach.

The Bondi to Bronte walk was established way back in the 1930s and in recent years was extended all the way to Coogee, via Waverly Cemetery, perhaps one of the planet’s most spectacularly located cemeteries.

Aside from the views of the cobalt coloured sea through elaborate white tombstones, it’s worth exploring to see the graves of famous Australians, including writers and poets such as Henry Lawson and Dorothea Mackellar.

While it’s worth doing the whole walk if you have time, we recommend doing the Bronte to Bondi section if you’re only in Sydney for a few days and on a tight schedule.

We recently did the Bondi to Bronte walk, but in reverse, as we took a 20-minute ride on the 378 bus from Oxford Street to Bronte, an enjoyable trip in itself. (This route starts at Circular Quay). 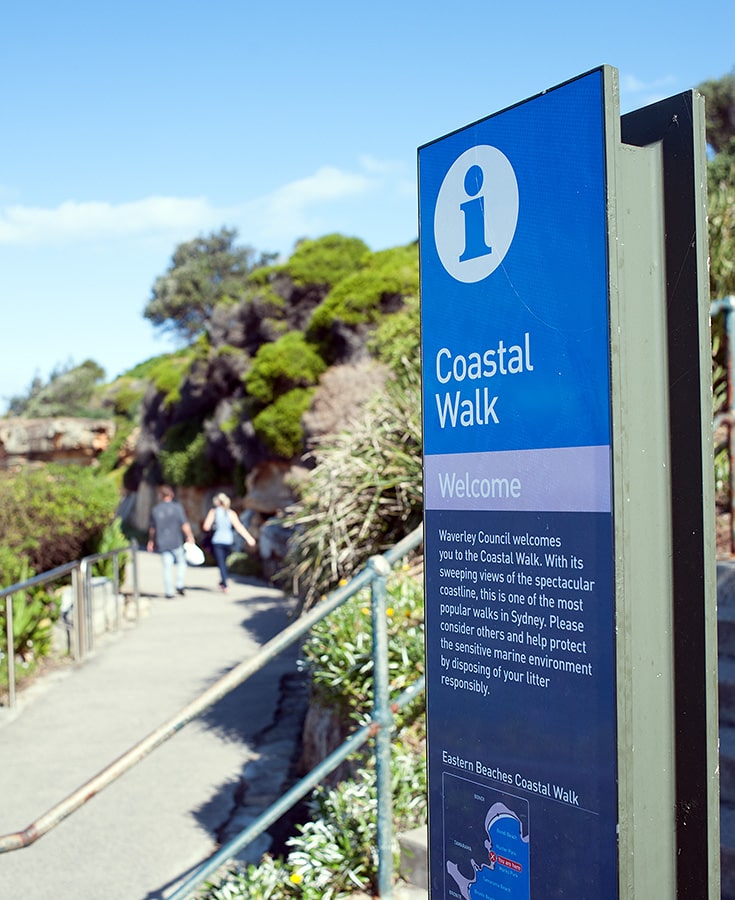 If you have the time, add an hour for lunch first at one of the many laidback cafés opposite Bronte Park, which boast stunning sea views from their footpath tables, or take a picnic lunch to eat on the way in one of the parks or on a bench overlooking the sea.

Bronte Park, where I used to go during my uni years with my uncles and their friends for beachside barbecues and games of cricket, is a lovely spot to spread out a towel for a lazy lunch.

But then so is the park at Tamarama and the South Bondi headland that has sweeping views of Bondi Beach.

The walk is what a guide friend of ours calls a ‘huff and puff walk’, meaning it’s not too difficult (it’s a smooth, well maintained path), but there are hills to ascend and descend as you leave and arrive at each beach. 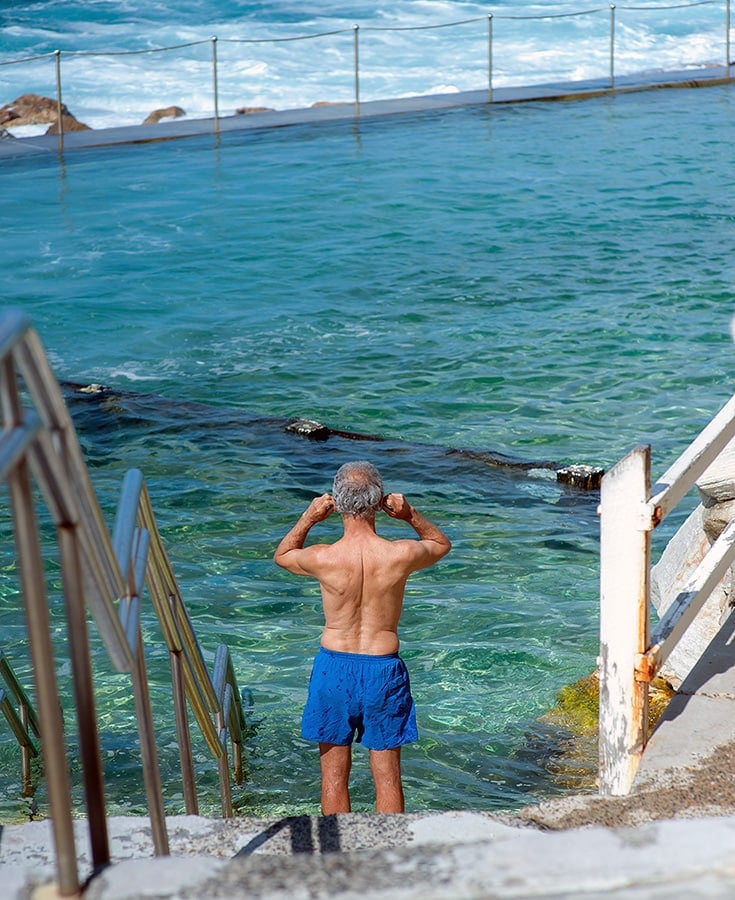 It’s easy to discern the tourists from the locals. The tourists will be the ones catching their breath at the top of a set of stairs, while the locals are jogging up the steps with ease.

As you stroll around the spectacular rocky headlands, the sandy curves of beach sitting prettily below, the surf crashing on the rocks, wildflowers sprouting on the hillside, don’t be surprised if you begin to think that Sydney might just be the most beautiful city in the world. 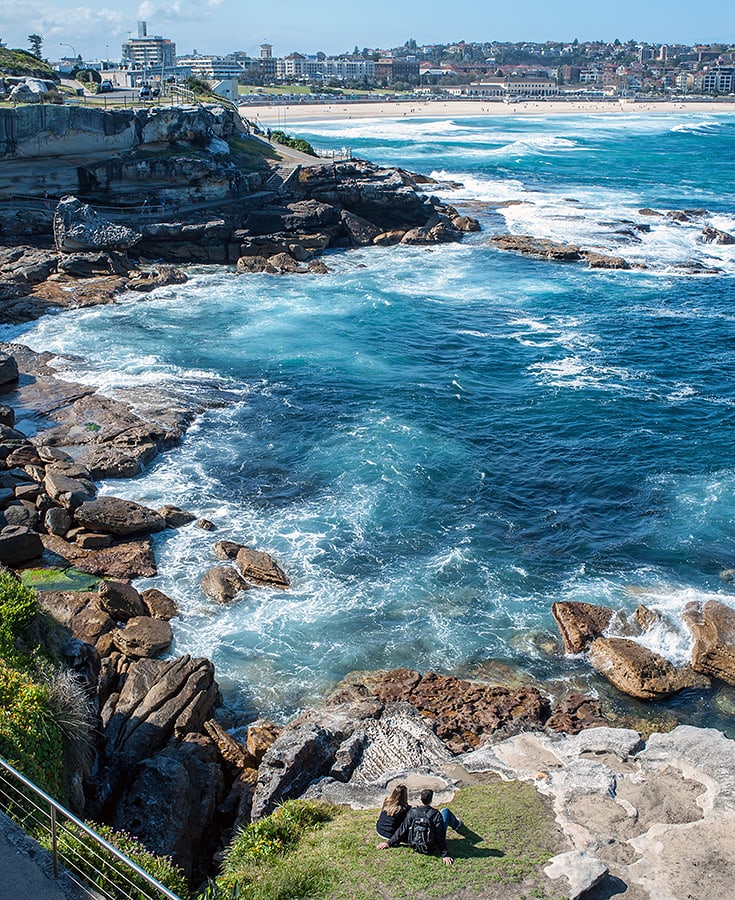 Expect, however, as you turn the final corner and see the crescent of Bondi Beach stretching around the bay, that you will think: this is the most drop-dead gorgeous city on the planet.

How to do the Bondi to Bronte Walk

Allow 1.5 hours to do the Bondi to Bronte walk alone; 2-3 hours if including a café lunch or picnic stop on the way.

There’s a link to a map of the Bondi to Bronte walk (not that you need it; it’s signposted and you won’t get lost) on the Bondi to Bronte Coastwalk page on the Waverly Council website. The site also has lots of info on the history of the area, as well as other self-guided walks.

The Bondi to Coogee Coastal Walk

If you continue south from Bronte along the walking path, which extends all the way to Coogee, you’re effectively now doing the Bondi to Coogee Coastal Walk. We’ll test out the stretch to Coogee on our next trip to Sydney.