This kai yat say Thai stuffed eggs recipe makes an omelette stuffed with minced pork and vegetables. It’s a breakfast dish that I make regularly here in Bangkok, inspired by the early morning street food dishes that are usually finished by mid-morning.

At 7am in Bangkok the city is animated. And of course being Bangkok, a city where food plays such an integral part in the daily rhythms and rituals of life, the cooking, selling, buying, eating, and transporting of food is already well underway.

For the food markets, the day began several hours earlier. For those heading off to the city’s office towers, thoughts of coffee stands and snacks are starting to formulate. The street hawkers whose trade is early morning to midday are well into their working day.

Coffee stands are kept busy, despite the proliferation of multinational chains across the city, with condensed milk beating out soy milk in popularity. Kanom krok (Thai ‘cup cakes’) are still more popular than the Western variety, the aroma of coconut attracting customers as the little treats brown in their unique dimpled pan.

In Chinatown, paa tong goy (deep fried Chinese bread) is being made and sold at a prodigious rate while kanom jim noodles made from fermented rice are served with everything from gaeng tai plaa (fish innards curry) to gaeng kiaow wan gai (green curry with chicken). 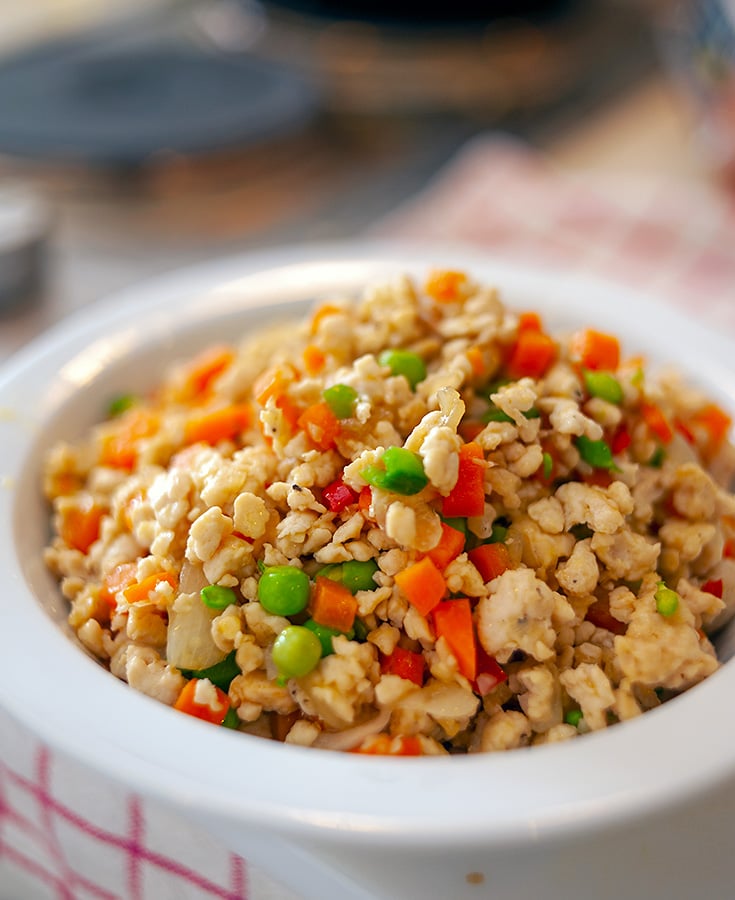 Elsewhere in the city, Thais are tucking into jok, a rice porridge like congee, and khao tom, a rice soup.

Given that this series is called Weekend Eggs, where are they?

Well, a typical egg dish that you’ll see on the streets is or suan, a fried oyster omelette. It was the dish that every chef/cook/restaurateur advised was the egg dish I should make, but if you’ve been reading this series over the past 18 months, you’ll know I’m no fan of overcooked eggs.

In or suan, generally the eggs are cooked beyond recognition, and although the oysters are usually treated with respect, at some places where I’ve witnessed or suan being cooked, you’d want the damn oysters cooked through. It is a myth that all street food in Bangkok is good. Don’t believe us? Just ask Bangkok restaurateur Jarrett.

Another egg dish cooked within an inch of needing dental records to identify them as eggs is kai jiew moo saap, an omelette stuffed with minced pork. There are other variations on this but they all have one characteristic in common – the eggs are cooked to death. 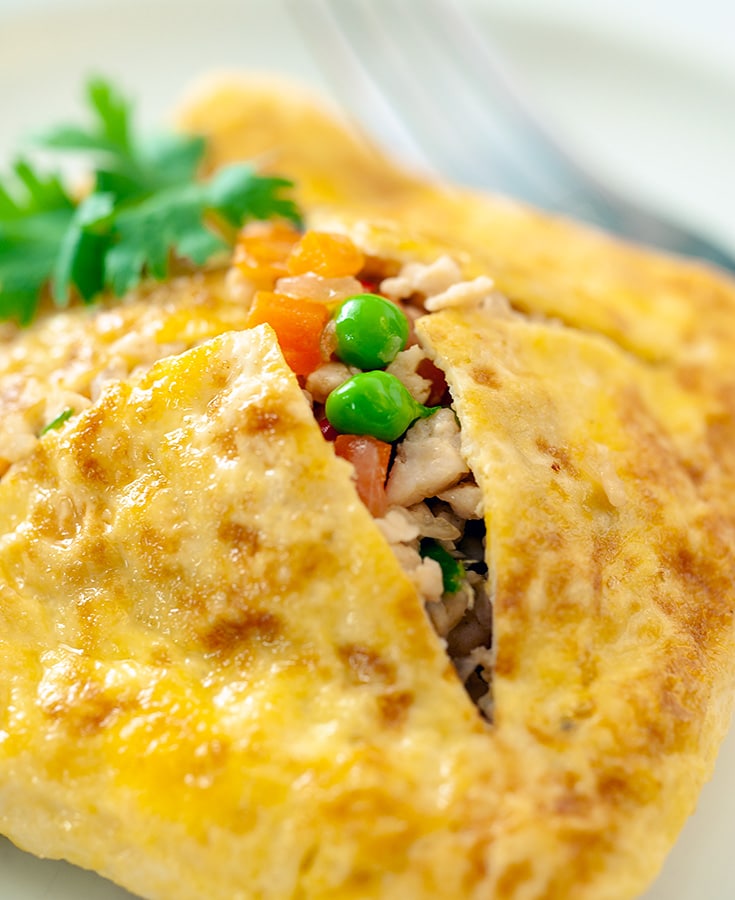 Thankfully, flipping through a Thai cookbook one day, I saw a dish called kai yat say, literally meaning stuffed eggs. But this dish isn’t necessarily a breakfast dish – nor one that I’ve seen made much on the streets, although I’ve seen vendors with them pre-made.

Kai yat say is simply pork mince, diced vegetables and oyster sauce or fish sauce, stir fried and wrapped in a thin omelette cooked in a wok. As with many Thai dishes, there is no one canonical version of it, but most versions will include garlic, onion, carrots, peas, and tomatoes, along with the pork, or sometimes chicken.

While it’s a filling dish, many Thai people choose to have rice with it, along with some chilli sauce. I serve it on its own. Here’s my favourite version of the dish.