A self guided stroll around Sydney is something you should do the first day you arrive – and by around, we mean around the city’s perimeter. The city of Sydney may look large with its lofty towers and mini Manhattan-like skyline, but Sydney’s city centre or CBD is surprisingly compact.

It’s Sydney’s metropolitan area that is massive, 4,000 square kilometres in size, making it one of the biggest cities in the world in terms of area, equal to that of London and nearly double New York City, sprawling in all directions to the mountains, plains, rivers, and sea. 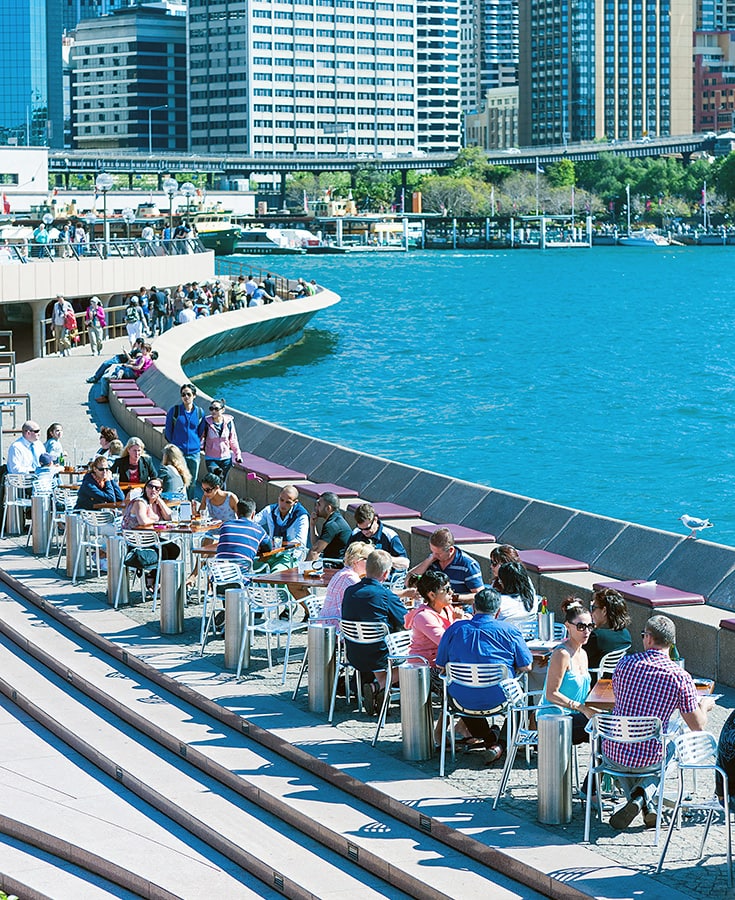 Drive the 90 minutes from the city centre or CBD (that’s Central Business District, as we Australians like to call our downtowns) to the Blue Mountains and you’ll feel its immensity – especially when stuck in bumper-to-bumper traffic on Parramatta Road. You’re better off taking the train.

Yet the city centre, on the other hand, is compact enough for a self guided stroll around Sydney. The CBD is a manageable size. You can easily walk the diameter of the CBD as its widest point from Macquarie Street to Lime Street, a paltry 1.1kms, in 15 minutes, and do its length from Circular Quay to Central Station, just 2.7kms, in 35 minutes.

From Kings Cross, you can wander down to Darling Harbour, a similar distance, in the same amount of time. If you’re staying in Darlinghurst or The Cross, skip the underground and enjoy the fresh air.

Smooth wide footpaths, traffic lights most intersections, plenty of pedestrian-only zones in the forms of thoroughfares, parks, gardens, and plazas, and even-tempered locals (unlike, say, New York City; if you walk slower than Sydneysiders, they don’t get cranky) all make Sydney a very pleasant place to stroll. 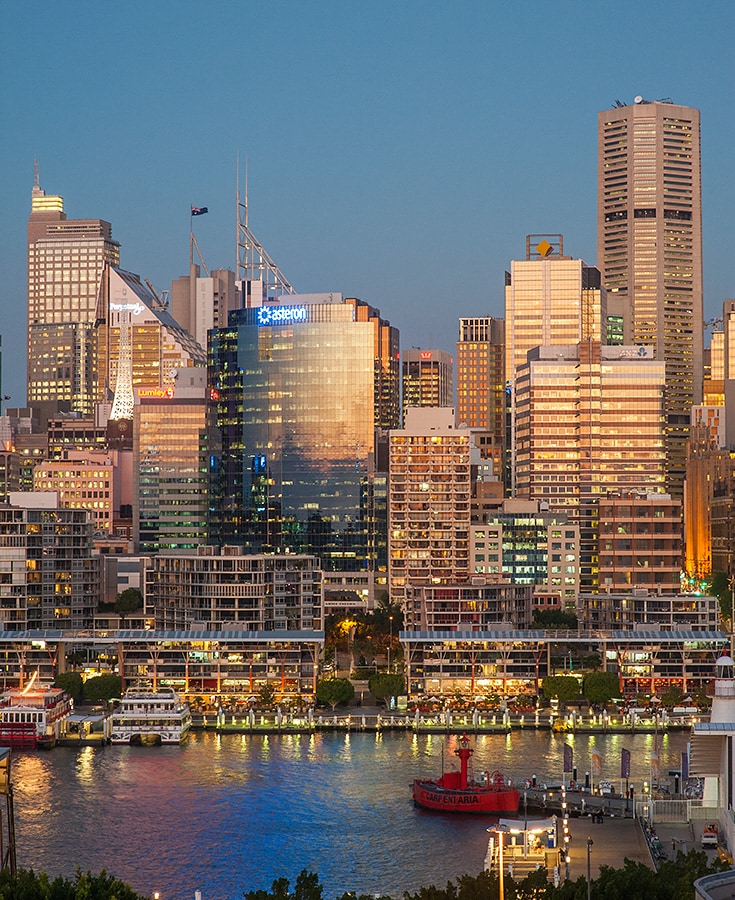 Yet despite its small size and straightforward grid plan, Sydney is a city that visitors seem to easily get lost in, even with maps in their hands – I can’t tell you how many tourists I used to help each day in all the years I worked in the CBD. Sydney is also a city that visitors often seem at a loss as to how to negotiate and navigate, how to get their bearings, and where to start to explore, and I’m not sure why.

So this is what we recommend you do, before anything else: grab a map or use your iPhone and set aside a day simply to do a self guided stroll around Sydney.

If you start in the morning, take your time, make some detours along the way, and stop for lunch, you should finish in the late afternoon.

Our Self Guided Stroll Around Sydney

By now you’re probably exhausted after your self-guided stroll around Sydney, your feet are killing you, and you’re cursing us. Don’t worry, in true Aussie-style, everything will be fixed with a drink.

Stagger around to the Opera Bar, which you passed this morning, order a glass of wine, and watch the sunset. Weather not on your side? Head across to The Rocks for an icy beer at an old pub.

Get out that map again and mark up all the places that intrigued you. You can revisit them in coming days…