When local guide, Małgorzata Lubowicka, took us on a bespoke tour of Kraków, one of her favourite shops that she took us to was Szambelan, a charming place specializing in homemade liqueurs. As I come from a family with a history of home brewing (or rather distilling), I made a point of returning.

A family-owned business, Szambelan is ran by the very creative Edward Kupiec, the master home-made liqueur-maker, and the lovely Leokadia Majewska, who takes care of the shop and business side of things. I met Edward and Leokadia, and her daughter Magdalena for a tasting on our last chilly evening in Kraków. I was freezing when I arrived (it was well below zero out!), but decidedly warmer by the time I said my goodbyes.

There’s a long history of homemade liqueurs in Poland, and (like pierogi-making) it’s becoming increasingly popular with the younger generation, who see it as a bit of an art – and probably cheaper than buying alcohol in a store! Unfortunately, few foreigners get to try these homemade liqueurs unless they get lucky and score an invitation to a local’s home – which is partly why Edward and Leokadia opened Szambelan. 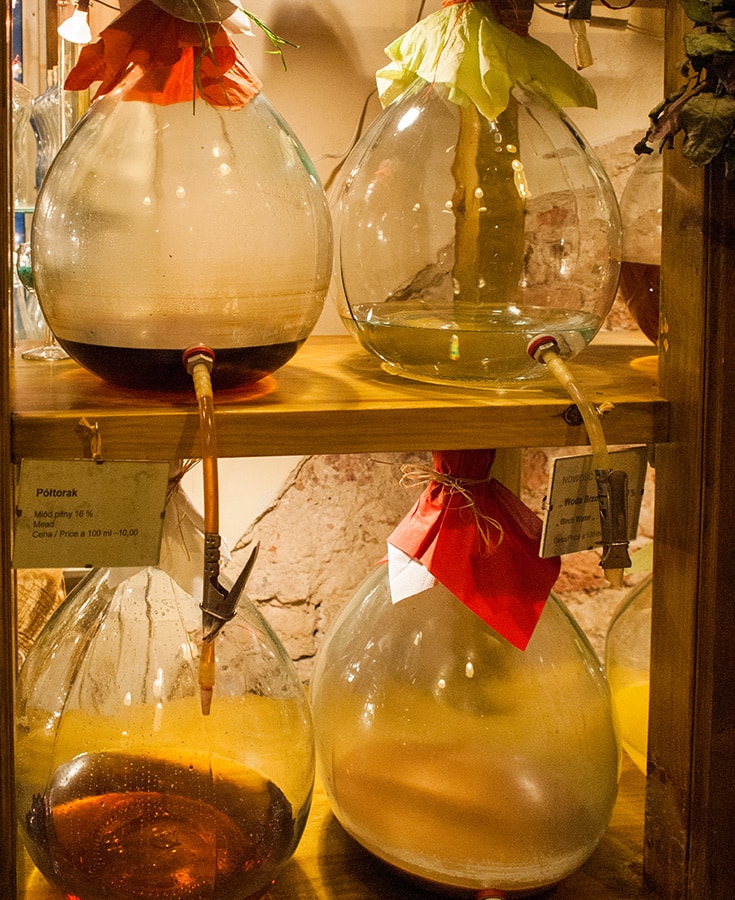 How to Try Homemade Liqueurs

Unlike, say, southern Italy, where locals might only make one or two different types of liqueurs at home – limoncello being the most popular – in Poland, the locals get more creative, Edward being an extreme case. Most of the liqueurs sold in Szambelan are made at home by Edward, who says he is constantly inventing new flavours and has created around 40 to date (and yes, he admits his home looks like something of a chemistry lab). The rest are sourced from local producers, all of whom make the liqueurs on a very small scale in their own homes.

They’re all good. Trust me, I tried many of them. The plum- and cherry-based liqueurs are the most popular of the traditional liqueurs and the Quince of the more modern creations. One of the most interesting liqueurs I tried, which was a new invention, was Nalewka ‘Franciszkawska’ Wytrawna, a ‘beer’ liqueur. Edward says it’s a secret recipe, though the key ingredients are obviously beer hops and honey. It was interesting, tasting like concentrated beer. I also liked the Dzika Roza (made from roses), and the Quince is sublime – it was my favourite. 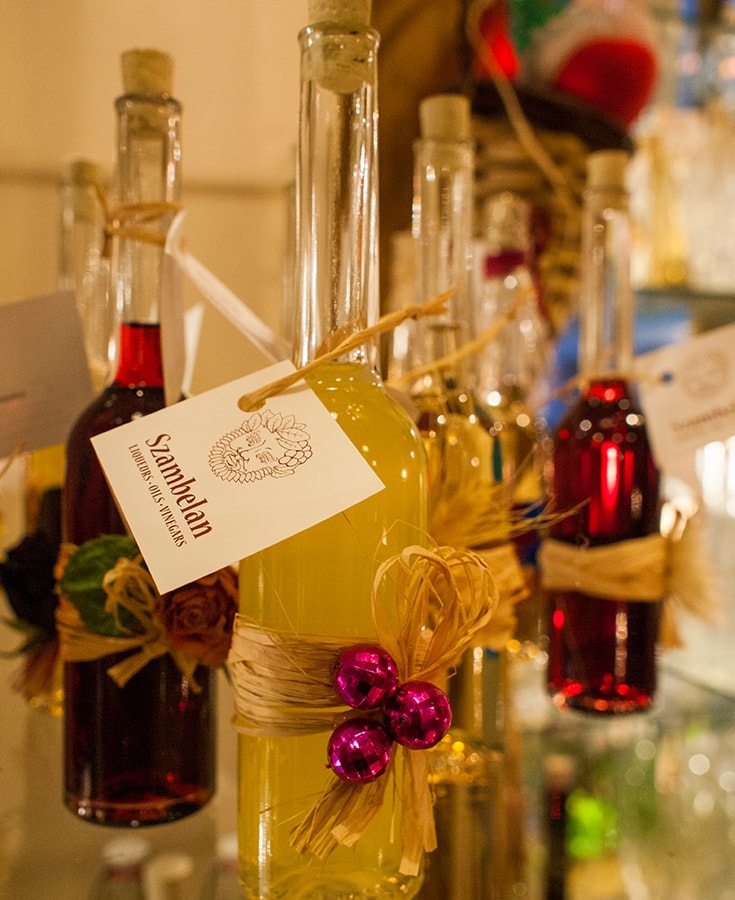 When to drink liqueurs

When I think of drinking liqueurs, I always think it’s something you do after dinner, but Edward tells me that in Poland anytime is a good time for drinking liqueurs (flashback to my Russian grandfather downing a shot of vodka at 9am), “You can drink them 24 hours a day,” Edward says. “It’s never too early or too late!”

How to drink liqueurs

In tiny glasses – the Polish use shot glasses – and generally at room temperature and straight, according to Edward. Although meads, he says, should be served hot, and any liqueurs with honey in them can be served warm. Quince or any fruit-based liqueurs could be slightly chilled. Magdalena tells us that at local bars and nightclubs they serve them with juice or softdrinks (even Coca Cola!) or put them in cocktails. Edward shakes his head in disapproval. I feel his pain. 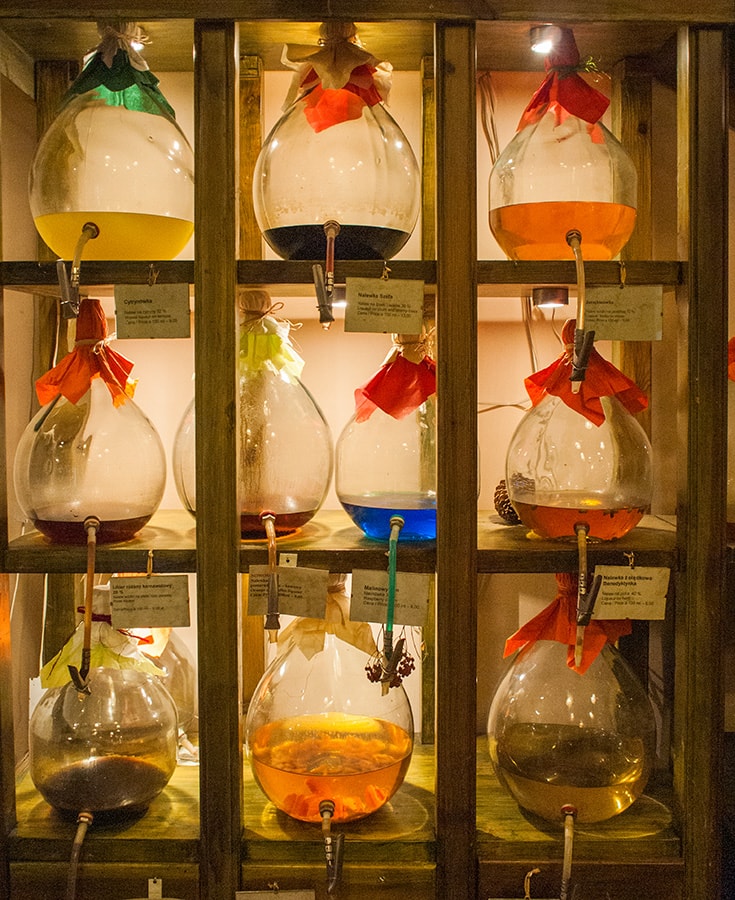 Can liqueurs be served with food? Edward prefers to drink them on their own, or otherwise, with small, carefully-matched snacks. I ask him if liqueurs could be paired with dishes for a dinner party. He says they probably could, for instance, the Quince liqueur would make a perfect aperitif. I think it could also be matched to seafood, a white meat appetiser, or vegetarian course, in the way white wine can be.

For a heavy main course of red meat, I’m guessing that Szambelan’s top seller, a more traditional plum and cherry liqueur, could be a possible match, while a cranberry liqueur might match with venison. Edward suggests one of his more innovative inventions, such as Raspberry Cream or Chocolate Cream, or a Cassis liqueur, for dessert. 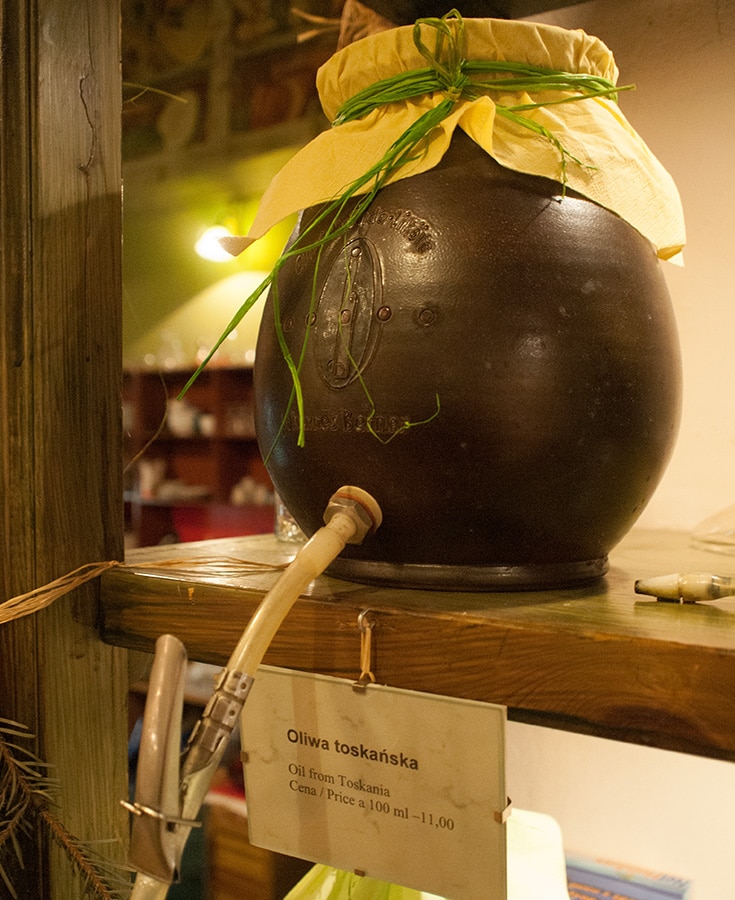 Liqueurs are good for us

All of Szambelan’s liqueurs are made from natural ingredients, Edward assures me – for instance, for the fruit liqueurs he’s using real fruit, there are no artificial flavours or ingredients. Liqueurs are also known for their medicinal qualities, according to Edward, making some ideal digestifs and therefore, again, best taken after dinner, such as Piolunowka which is made from wormwood and herbs.

If you’re staying in an apartment and settling in for a while you can do as the locals do and take in your own empty bottles to fill. Otherwise, they sell all kinds of bottles, plain for home consumption or more elegant and elaborate bottles if you’re taking them home as a gift. They’ll also make them look pretty for you. And of course you can try as much as you want before you buy. 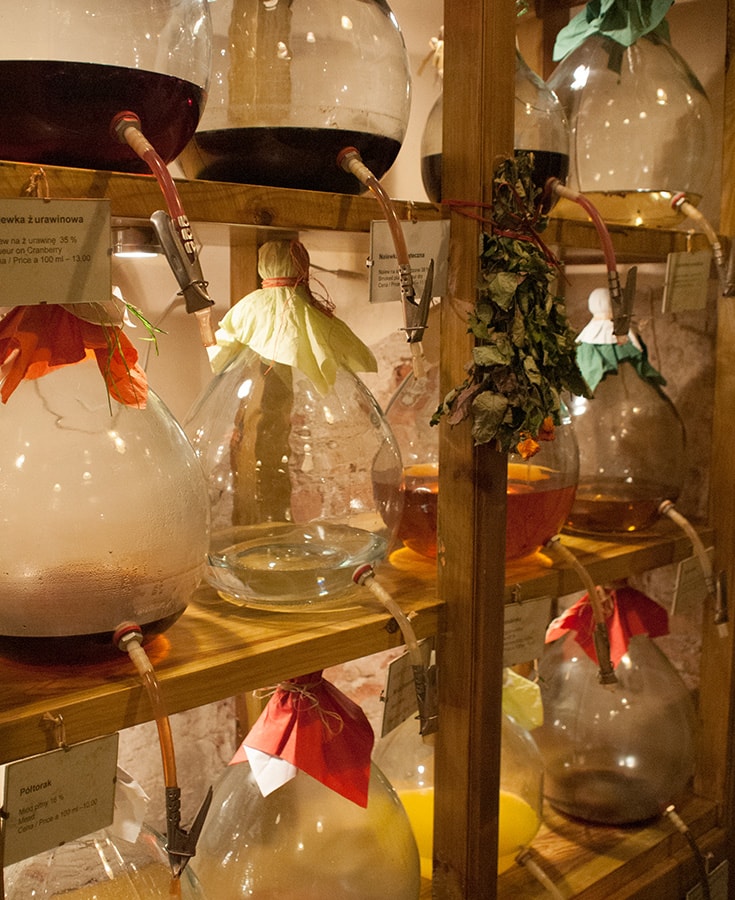 How much do they cost

You’ll pay anything from 6 zt per 100ml for Cassis to 16 zt per 100ml of Honey liqueur, which is 70% alcohol. However you look at it, it’s super-affordable for something so scrumptious. Naturally, I took a couple of bottles home for Terence to try…