We’re on our last leg of My Sydney Detour – a tour aiming to help visitors become a Sydney local in a day that doesn’t feel like a tour at all, but more like a drive around Sydney with a mate in a very cool old car.

By late afternoon we find ourselves on a park bench on the edge of an expanse of stubbly grass that looks as if it needs watering, despite all of Sydney’s recent rain.

It’s not quite a sporting field nor a kid’s playground, yet there are a handful of mothers and their children mucking about: a couple of kids riding scooters across the grass, and a toddler taking some unsure steps as his mum, chatting to her friend, watches on.

Secreted away in one of Sydney’s affluent eastern suburbs, it’s a park that appears to be without any sense of purpose other than to invite people to sit on the bench that we’ve settled ourselves upon and to gaze across the rooftops to that gorgeous harbour for which Sydney is renowned.

There should be a whole row of these park benches for that very purpose. Or bean bags. Or better yet, tiered stands of seats (with cushions!) – so more than a couple of lucky souls can drink in the spectacular views.

This park bench, and the chance to linger for a while and savour some of Sydney’s most sublime panoramic vistas while savouring slices of rich, moist chocolate cake (courtesy of Café Ella in Redfern, our first stop of the day) is one of many delightful surprises that our new friend Richard Graham, the creator of My Sydney Detour, has in store for people who do this rather special private tour of his hometown – and, once upon a time, our hometown. 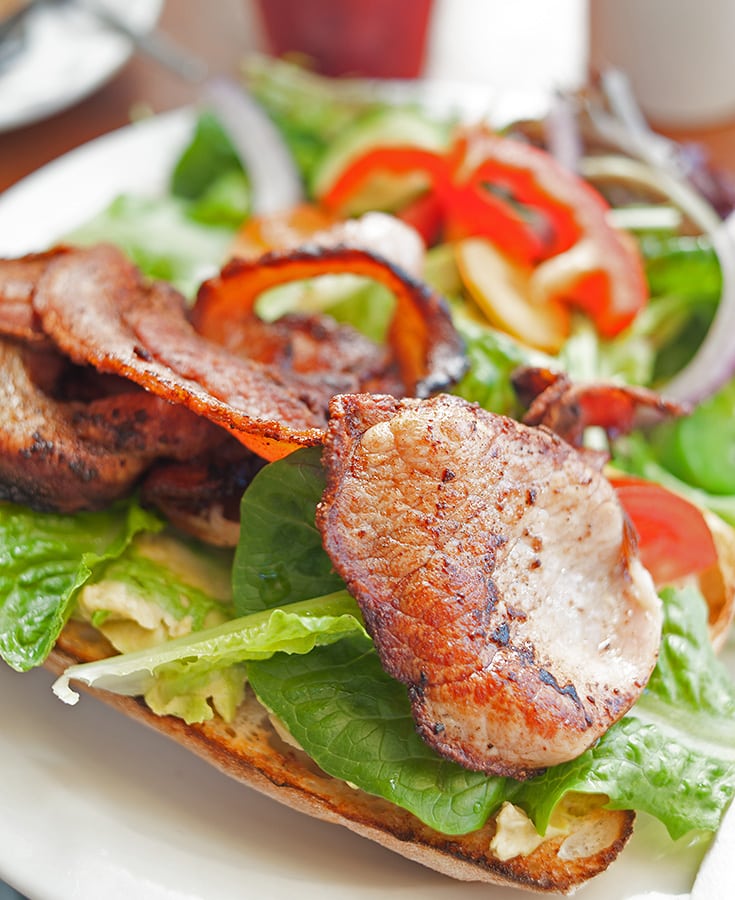 Most tourists visiting Sydney wouldn’t get this opportunity.

Indeed, while we’re sitting on our park bench we see one of those red double-decker sightseeing buses speed by. It doesn’t even slow down long enough for the poor souls on board to snap some photos.

Yet this is one of those spots that Sydney locals bring family and friends visiting from interstate or overseas – a spot we used to take our visitors to many years ago.

Our time with Richard has been something of a nostalgia trip, driving around Sydney all day, cruising through many of our old haunts, with Richard behind the wheel of his shiny blue 1964 EH Holden Premier – one of Australia’s most iconic cars that he has beautifully restored. 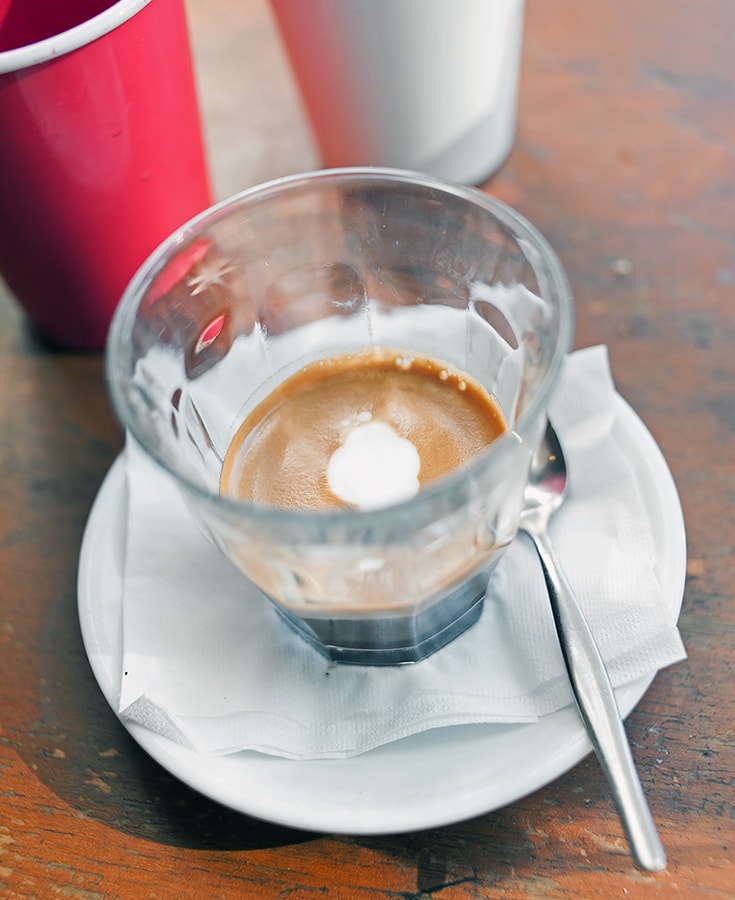 By the end of the day, having driven through inner-city suburbs that we kicked back in during our student days and cruised down streets where family and friends once lived – we even bump into an old mate in a café! – I am so affected by the experience I find myself even contemplating a move back to Sydney.

But even if you don’t have a connection to Sydney, it’s still a special experience. It’s like nothing else we’ve done before on our travels. We did a slow version of the My Local Detour, which gives visitors a taste of the city, beach and bush. But Richard offers a whole range of experiences.

There’s My Hawkesbury Detour, which takes in some of my favourite parts of Sydney, including beautiful Berowra Waters, while My Ultimate Detour, is a full day covering both drives. 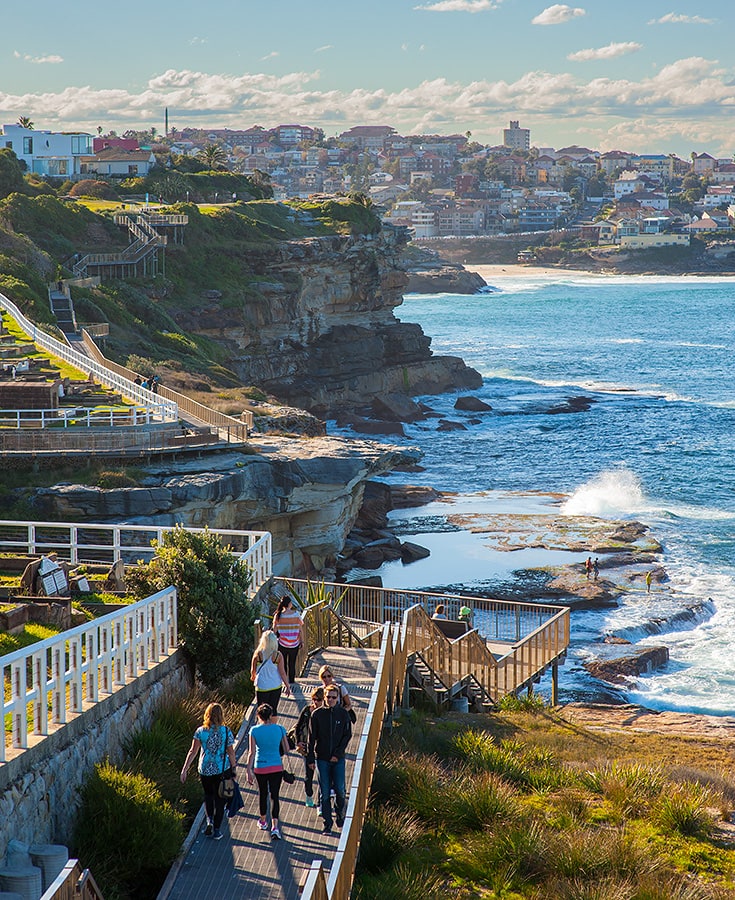 My Airport Detour is a tour and transfer combined, which can be done after Richard collects you from the airport or before you head home, while special themed tours, focus on everything from artisans to indigenous Sydney.

Our day began when Richard picked us up from our friends’ house in Paddington where we’d been staying, then drove us through the streets of Darlinghurst and Surry Hills to Redfern, Richard’s local neighbourhood.

On the way his mates waved from café tables and shops, shouting out “G’day”. At Redfern, long Sydney’s indigenous heart and home to artists and creative types (but once upon a time a dodgy, dangerous neighbourhood), we stop to check out a mini sculpture ‘park’, visit Richard’s house, and enjoy brunch at his local coffee spot, Café Ella, where we bump into an old actor friend we haven’t seen in years.

Caffeine hit taken care of, we slide across the leather seats for a drive that will take us past the renovated Carriageworks and Eveleigh Markets, through Darlington, along Wilson Street with its rows of low-rise worker’s cottages, through Erskineville, by the legendary Rose of Australia pub (where we used to see bands in the mid ’80s), to gentrified Alexandria (once only home to industrial estates, where Terence started his publishing career, now Sydney’s coffee capital).

We cross what Richard calls “the great divide”, an invisible line that separates the inner, formerly working class, West and the more well off Eastern suburbs.

We cruise along the southern edge of Centennial Park – the second largest urban green space in the world after New York City’s Central Park, according to Richard (something we hadn’t realised) – lined with grand old mansions gifted with one of the most impressive views of Sydney’s city skyline.

It’s an angle that’s not captured in the postcards that visitors rarely see. We drive up over the hill, leaving behind the inner-city café culture for a different side of Sydney, one where surf culture rules.

We stop at Waverley Cemetery for a short stroll through one of the world’s most spectacularly sited cemeteries, and take in the ruggedly beautiful coastline and the boardwalk that hugs the hillside on the extension of the Bondi to Bronte Coastal Walk that continues down to Coogee. 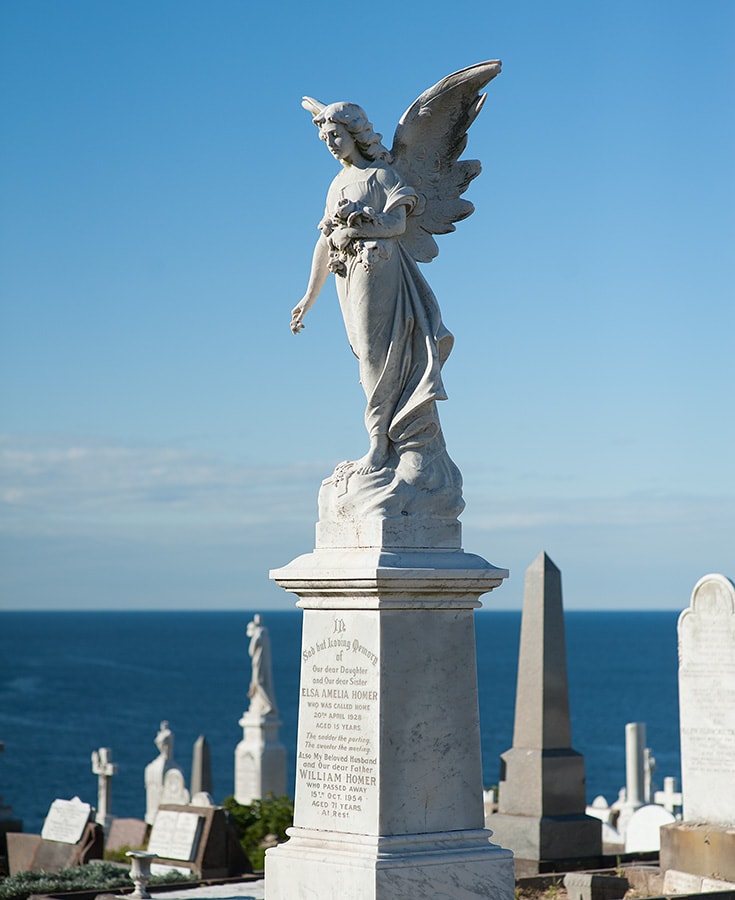 Richard pulls out a map and we chat about Captain Cook and his extraordinary navigation skills that brought him to this stunning part of the world.

After, we begin to explore some of Sydney’s best beaches. We drive to pretty Bronte Beach via Tamarama to Sydney’s famous Bondi Beach, then onto hip North Bondi before heading westward to Dover Heights and Vaucluse, Sydney’s most affluent suburbs with their lavish mansions and harbourside swimming pools, with a detour to Richard’s favourite park bench.

There’s a final stop at another secret spot for more breathtaking vistas over the harbour and another different perspective of the city’s skyline.

As we watch the sunset over our old hometown, I think to myself what a truly enjoyable day it’s been.

It’s the kind of drive Terence and I used to do on a Sunday when we lived in Sydney long ago – the sort of thing only locals do – and we loved it. You will too.